‘Unable to protect those found guilty of killing media persons or sportsmen’: President 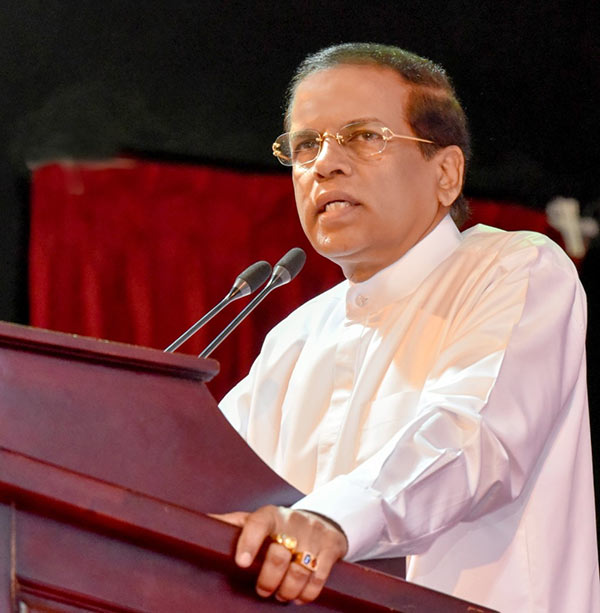 President Maithripala Sirisena said today he was not prepared to make any war hero a suspect in the charges leveled against the armed forces and the government on the alleged violations of human rights during the war against terrorism.

However, he said he was unable to protect those found guilty of acts not connected to national security and those guilty of killing media persons or sportsmen.

He made this statement at the opening of the newly constructed three-storeyed building at the Defence Services School in Kurunegala yesterday.

The President pointed out that it is the duty and responsibility of the government to protect war heroes who fought for the motherland.

He assured the audience that he would always fulfill his responsibility to the country as the President and Defence Minister and would always take the fullest responsibility on behalf of any problem face by the officers, staff members and war heroes who fought against the LTTE.

1 Response to ‘Unable to protect those found guilty of killing media persons or sportsmen’: President