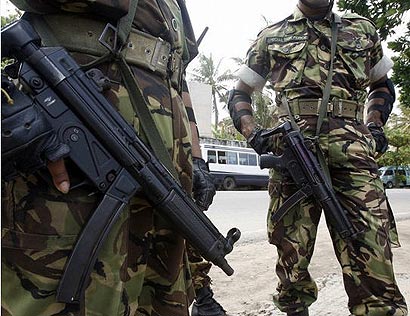 A notorious underworld gangster known as Olcott has been shot dead during a scuffle with the police while being escorted from Kurunegala to Colombo, says Police media spokesman SP Prishantha Jayakody.

Olcott, a person from Maligawatte said to be involved in criminal activities was arrested by the Police Special Task Force (STF) at Kurunegala today. At the time of arrest he reportedly had a pistol in his possession. However, when he was being escorted to Colombo, he had attempted to grab the gun of a police personnel in the vehicle and had attempted to jump out of the vehicle at Japalawatte in Minuwangoda.

STF personnel had opened fire injuring Olcott, who had been rushed to the Gampaha Hospital. He had succumbed to the injuries later, according to reports.