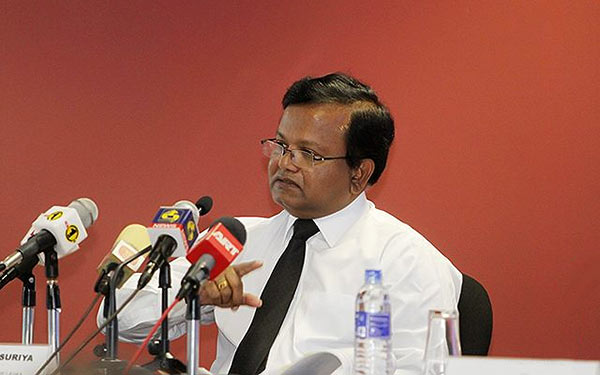 The United Lawyers’ Association (ULA), a collective of senior lawyers, on Friday called for a change in the United National Party (UNP) leadership, claiming that the Party, under Ranil Wickremesinghe, had suffered consecutive defeats for over a quarter of a century and needs fresh blood at the helm, to face the upcoming Presidential poll.

ULA Convenor Upul Jayasuriya added that, as the UNP is yet to declare its candidate for the upcoming Presidential pol, Mr. Wickremesinghe should step down, instead of attempting to influence the Party to nominate him as a candidate.

The ULA gathered under the banner of “Enough is Enough”, in a private club in Colombo, on Friday, and demanded that the UNP leader should step aside for the common good of the Party and the country as a whole, to let the second rung leaders to lead the country.

Former President of the Bar Association of Sri Lanka, Mr. Jaysasuriya alleged that, as there are at least 22 vacancies to be filled within the UNP’s Working Committee, Party leader Mr. Wickremesinghe might try to appoint his own confidants and supporters to the influential body, to secure the Party’s endorsement, to field him as a candidate

He added that, while the UNP is struggling with internal issues, the Opposition Sri Lanka Podhujana Peramuna (SLPP) had already declared its candidate, who would be bringing terror to the country, if elected.

“Those who terrorised the media, professionals, masses and ran white van squads in the past, are planning to run the country again, under a dictatorship. We shouldn’t allow that to happen,” Mr Jayasuriya said.

Attorney-at-Law Athula Ranagala, a ULA spokesperson, alleged that it was Party leader Mr. Wickremesinghe who continuously led the Party to defeats in most of the elections the Party faced over two decades.

The speakers also explained how the UNP, as a Party under the leadership of Mr Wickremesinghe, failed to groom its second rung leaders, compared with former UNP leader J.R. Jayewardena, who identified R. Premadasa as a successor, through a secret poll.