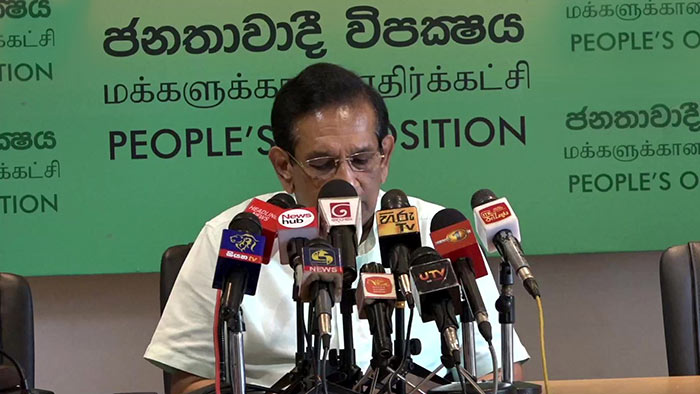 Samagi Jana Balawegaya Parliamentarian Dr. Rajitha Senaratne says appointing unsuitable individuals as part of the Presidential Task Force for the Prevention of COVID-19, is one of the main reasons for the current crisis within Sri Lanka.

Speaking to media in Colombo the MP said, such a problematic situation would not have arisen, if the Health Ministry was granted full decision-making authority.

The Parliamentarian explained a PCR test is conducted when an individual succumbs to the coronavirus, and takes two to three days for the results to be released.

He also noted that the data would be published later than expected due to this delay.

MP Senaratne claimed there were no concerns in deaths being reported the way it is at present.