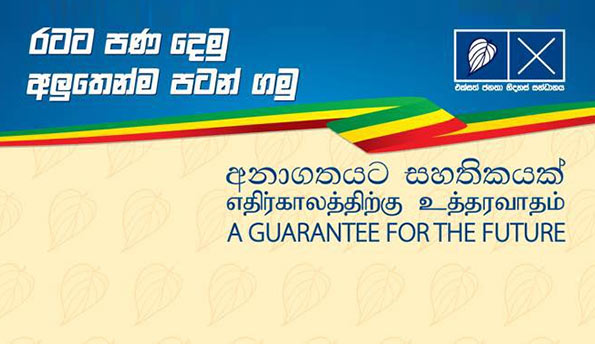 Secretary General of the Liberal Party Kamal Nissanka addressing a meeting at Bishop Lauxman Wickremesinghe Hall in Kurunegala said that the UPFA election manifesto resembles’ Santa Claus is coming to town’ and therefore it is like a Christmas hamper or a food basket, as it intends to give all people many things, but, does not disclose how they are going to generate finance to fulfill the tasks indicated in it.

This meeting was organized by “Kurunegala Academic Circle” and held on August 2 with a large gathering of intellectuals and professionals participating.

The manifesto states that it was crafted by a group of respected intellectuals and professionals with expert knowledge in their respective fields but a scrutiny of the said manifesto reveals that this type of manifestos could be drafted even by a group of G.C.E (O/L) students.

“Nissanka said that if a government is going to implement the policies of the manifesto, it would cost an additional Rs.400 billion according to financial analysts.

“Those intellectuals and professionals who had drafted this UPFA manifesto have taken the public of this country to be fools. The intensifying fiscal deficit, trade deficit and international loan burden had already created difficulties to the financial situation of the country”

“However, people should ask the framers of the manifesto as to what really happened to the LLRC report which was produced as result of Mahinda Rajapaksa’s initiation.

He said that this Harmony Charter will be like the Labour Charter that was introduced by Mahinda Rajapaksa and later abandoned when he was the President.

“If this manifesto was framed by a group of intellectuals, they must have done that being in an air conditioned room and I would say modern intelligent youth will not believe these lies.

This manifesto is like a fairy tale beating the classic fairy tales of Mark Twain and Hans Christian Anderson”.

“At this juncture, the people are more concerned on democratic rights, Constitutional reforms, rule of law, independent institutions and good governance and to push the country towards vibrant foreign policy”.

1 Response to UPFA Manifesto is like Fairy Tale – Liberal Party