US$ 480 million grant from Millennium Corporation 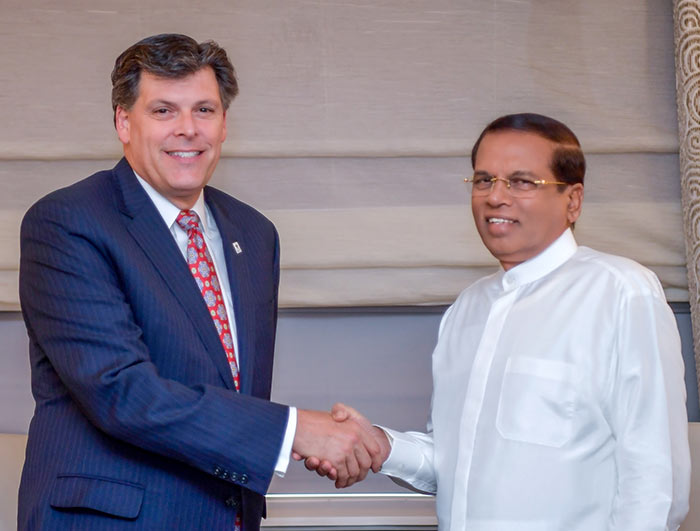 The Millennium Challenges Corporation (MCC) of the US Government will provide US dollars 480 million in development aid to Sri Lanka.

Millennium Challenges Corporation CEO Brock Bierman told President Maithripala Sirisena the draft relating to this grant was now ready to be submitted to the US Senate for approval shortly, when he met him on September 24 in New York. President Sirisena is in New York to address the 73rd sessions of the United Nations General Assembly. Following Senate approval the agreement could be signed in Colombo in December this year.

President Sirisena agreed to Bierman’s request to attend the signing ceremony in Colombo and thanked the US government for extending development aid to Sri Lanka for a long time. The President who welcomed the new US aid package said he hoped to utilise it for the development of the transport service and invest on projects to minimise traffic congestion.