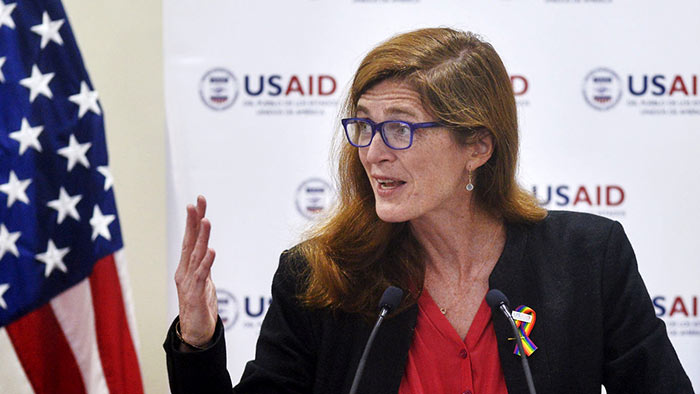 Samantha Power – Administrator of the USAID

The purpose of the two-day visit is to discuss problems related to the prevailing economic crisis and strengthen the development partnership between the United States and Sri Lanka.

When she visited New Delhi in July, Ambassador Power said the Joe Biden administration and the Indian Government are “deeply concerned” by the economic collapse and crisis that has befallen the Sri Lankan people.

She is expected to hold discussions with Sri Lankan President Ranil Wickremesinghe and other government officials during her visit.

The U.S. Treasury Department, welcoming President Wickremesinghe’s proposal for a coordination platform for Sri Lanka’s official bilateral creditors, has urged engagement in this regard.

The United States also pledged to continue to engage with their other government agencies, as well as the World Bank and Asian Development Bank, to assist the people of Sri Lanka.