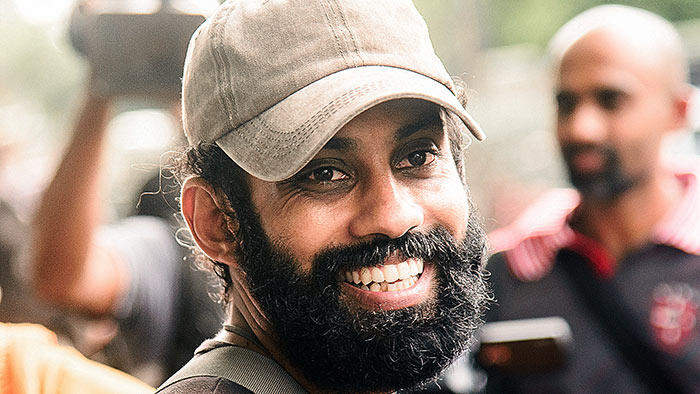 Activist Lahiru Weerasekera, who was arrested by Police yesterday (September 09), has been released on bail.

He was released on two surety bail of Rs.200,000 each when produced before the Maligakanda Magistrate’s Court this evening (September 10).

Earlier today, he was admitted to the Colombo National Hospital this morning (September 10) after being produced before the judicial medical officer.

Officers of Maradana Police apprehended Weerasekara in Kollupitiya on Friday (September 09) while he was returning from a protest and a candlelight vigil in memory of those who lost their lives in the ‘Aragalaya’ protest movement, at Galle Face Green.

Lahiru Weerasekera is accused of being part of an illegal assembly and obstructing Police officers from carrying out their duties during a protest held in Maradana on the 30th of August, 2022.

The suspect is a 33-year-old resident of Katubedda, Moratuwa.

Former convenor of the Inter-University Students’ Federation (IUSF) and the national organiser of ‘Youth for Change’ Lahiru Weerasekara is one of the prominent figures of the ‘Aragalaya’ protest movement and was part of the ‘Gota Go Gama’ protests.