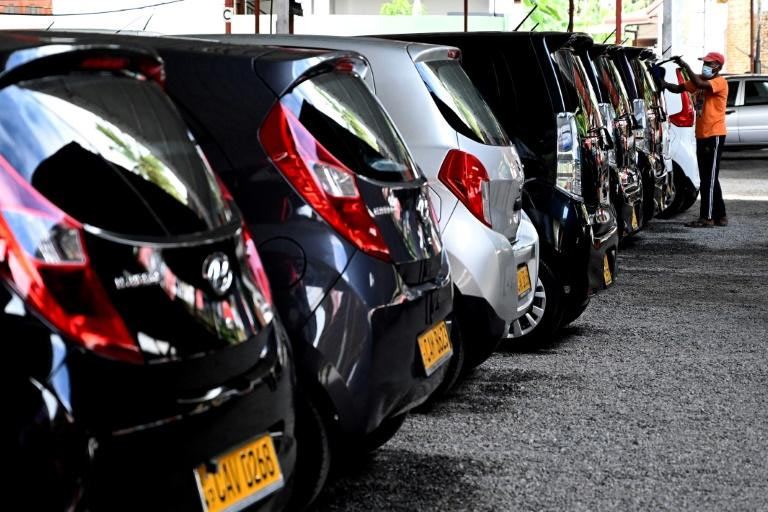 Supermarket shelves are bare and restaurants can’t serve meals, but Sri Lanka’s economic crisis is a bonanza for used car dealers, with vehicle shortages pushing prices higher than a house in a nice area.

The island nation of 22 million is on the brink of bankruptcy, inflation is red hot and the government has barred a range of “non-essential” imports to save dollars needed to buy food, medicine and fuel.

In the car market, this two-year ban has kept factory-fresh automobiles off local roads, forcing desperate buyers to pay some of the world’s highest prices for beaten-up compacts and no-frills family sedans.

Anthony Fernando spent a recent weekend coursing through sales lots in the Colombo outskirts on behalf of his daughter, who has tried to find an affordable set of wheels for nearly a year.

“She was thinking that prices will come down,” the 63-year-old told AFP, but now she is “paying for procrastinating”.

Prices have gone “beyond the reach of a common person”, he said.

A five-year-old Toyota Land Cruiser was on offer online for an eye-watering 62.5 million rupees ($312,500) — triple the pre-ban rate, and enough to buy a house in a middle-class Colombo neighbourhood or a new luxury apartment in the city centre.

A decade-old Fiat five-seater with a busted engine that might be stripped for parts elsewhere was listed at $8,250 — more than twice Sri Lanka’s average yearly income.

“A car and a house are symbols of success,” said a grinning Sarath Yapa Bandara, the owner of one of the capital’s biggest dealerships.

“That is why most people are willing to buy even at these high prices.” 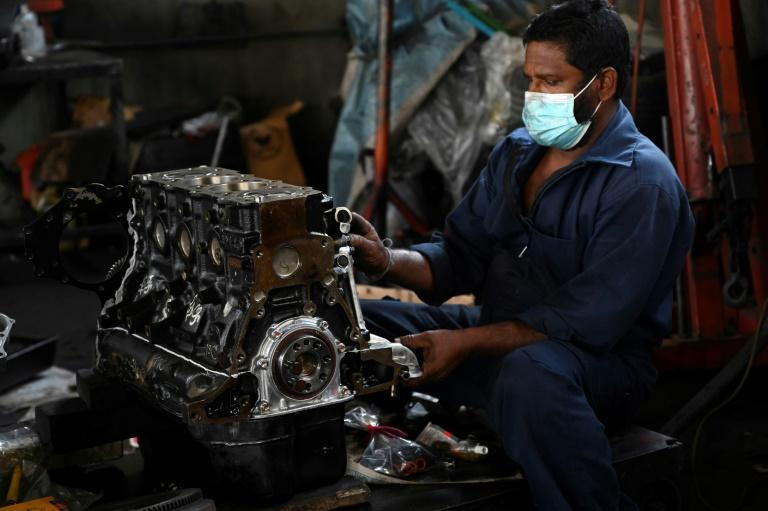 The crisis means a decade-old Fiat with a busted engine that can be stripped for parts was on sale for more than twice Sri Lanka’s average yearly income (Photo: AFP / ISHARA S. KODIKARA)

Car ownership remains a virtual necessity in the traffic-snarled streets of Colombo, where a ramshackle bus and rail network was already struggling with overcrowding.

The number of taxis has also fallen sharply, with drivers selling their cabs to cash in on the dizzying prices, and those still working charging double their old fares or more.

“You must have your own car,” said Udaya Hegoda Arachchi, another buyer preparing to bite the bullet at a dealership. 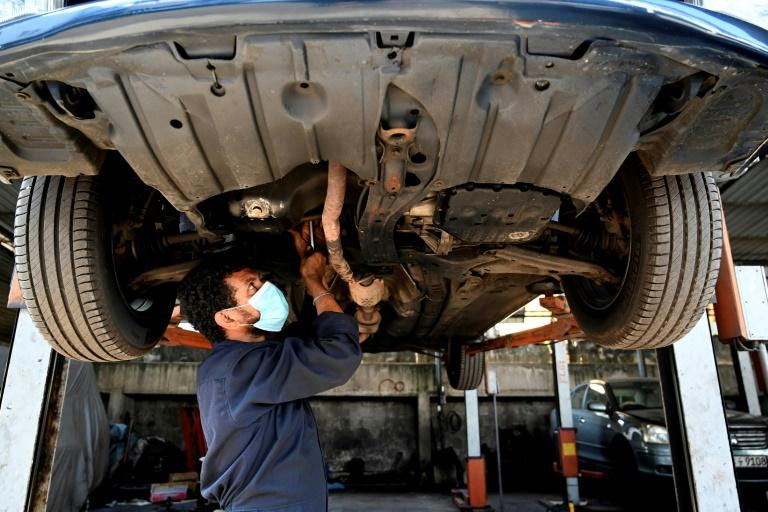 Repair garage owners are also enjoying a surge in trade from owners whose vehicles are busted but they cannot afford a new car (Photo: AFP / ISHARA S. KODIKARA)

“We can’t expect prices to come down anytime soon, given the economic situation in the country,” he told AFP.

Covid has sent Sri Lanka into a tailspin, drying up all-important earnings from tourism and foreign remittances.

In March 2020 the government brought in a wide-ranging import ban — including for new cars — to stop foreign currency from leaving the country.

But the policy has not been able to staunch the outflow of dollars, and has instead left the nation struggling to source critical goods.

Food retailers have rationed rice, restaurants have shuttered because they cannot find cooking gas, and cash-strapped power utilities unable to afford oil have imposed rolling blackouts. Farmers have run out of fertiliser.

Rating agencies have warned that Sri Lanka might default soon although the government says it will meet its commitments. It is trying to renegotiate its Chinese debts with Beijing.

The import ban has also left car parts in short supply, meaning drivers are at risk of being stranded after a breakdown.

Ravi Ekanayake told AFP that his Colombo repair garage was doing a roaring trade from owners unable to afford the astronomical costs of switching to a new vehicle.

“But parts are scarce. It is a catch-22: You either get caught with an old car without parts or you don’t have the money to buy a new car.”

Financial analyst Murtaza Jafferjee said the prices also underscored a problem caused by excessive money printing by a cash-strapped central bank, with “too much money chasing too few goods”.

He said the prices were also increasing transport costs and adding to inflation, which hit a record 14 percent in December.

“When vehicles become unaffordable for a segment of society, their activities will be limited. Then we will also see a loss of economic output,” the CEO of JB Securities said.

“We are about to collapse and not many people appreciate the depth of the problem.”