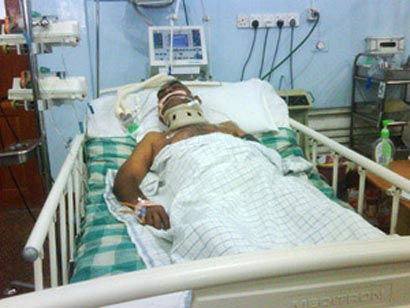 Inspector General of Police N.K. Ilangakoon has handed over his first report on the attack on the Uthayan News Editor to President Mahinda Rajapaksa, Director General of the President’s Media Bandula Jayasekera said.

He also said that further investigation into the assault is continuing.

The Chief news editor of the Jaffna-based Uthayan news paper Gnanasundaram Kuganathan was assaulted by an unidentified group on July 29 and was admitted to the Jaffna hospital with critical condition. Later the Jaffna Hospital authorities confirmed that Mr. Kuganathan is out of danger as his condition was recovering.