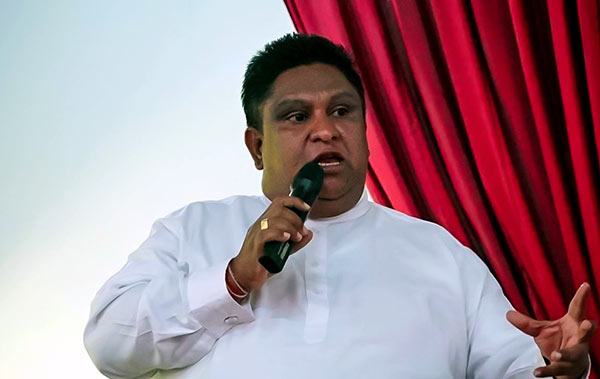 Uva Province Chief Minister Chamara Sampath Dassanayake surrendered to the Badulla Police this morning in connection with a incident in which he was accused of forcing a lady Principal kneel in front of him.

Police spokesman SP Ruwan Gunasekara said that the chief minister surrendered to the Badulla Police Station through a lawyer this morning (23).

He is to be produced at the Badulla Magistrate’s Court today.

The Badulla Police commenced investigations after the female principal of a Tamil Girls’ School in Badulla lodged a complaint with the Police that she was forced to kneel because she had refused to enroll a student recommended by the Chief Minister.