Vaccine talks with other countries as hopes fade for Indian supplies 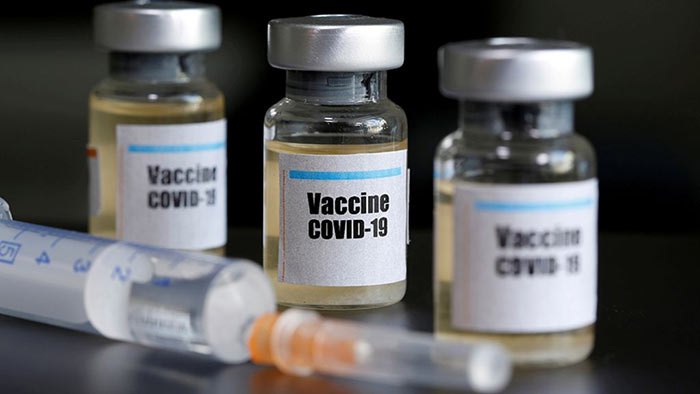 The Government has started talks with several countries, including the United States and Australia, to purchase Oxford AstraZeneca vaccines as hopes for a quick delivery of fresh batches of the vaccine from India are fading.

Presidential advisor and vaccine task force chief Lalith Weeratunga told the Sunday Times that talks were underway to obtain vaccines to meet the shortfall when administering the second dose of the vaccine to those who have already received their first jab. Mr Weeratunga said that with COVID-19 cases surging in India, it would be difficult to expect a quick delivery of the AstraZeneca vaccines due to the high demand for vaccines in India.

The Sunday Times on March 14 exclusively reported that the Indian manufacturer of AstraZeneca , the Serum Institute (SII) had reneged on an agreement to deliver a consignment of vaccines due to other commitments.  Mr. Weeratunga said the Government was confident that SII would still meet its commitment to supply the 1 million doses ordered by Sri Lanka earlier.

According to the latest data, there can be a gap of up to 16 weeks between the first dose of the AstraZeneca vaccine and the second one, Mr Weeratunga said. “Therefore, we are still hopeful we will get the required stocks either from India or other countries to give the second shot within the time frame to those who have received the first dose of the vaccine.”

The Government’s main focus as of now, however, is on the Russian manufactured Sputnik V vaccine, of which Sri Lanka has ordered 13 million doses. The first batch is scheduled to arrive in the country next week and will enable health authorities to resume the country’s COVID vaccination drive, according to Mr. Weeratunga. As per the agreement signed with the manufacturer of the Sputnik V vaccine, there would be a continuous supply of the vaccine in batches until all 13 million doses were delivered, he said.

He added the Government was also hopeful that the World Health Organisation (WHO) would soon approve the use of the Chinese made Sinopharm vaccine, enabling the National Medicines Regulatory Authority (NMRA) to approve its usage in Sri Lanka.

Meanwhile, the Government is also holding talks on buying 5 million doses of the Pfizer vaccine. This agreement is yet to be signed and any delivery of that vaccine will take at least three months, Mr Weeratunga added.

Meanwhile, as the country grapples with a more severe third wave of the virus, the health authorities are also looking to increase oxygen stocks in state hospitals.

Only 66,000 litres of oxygen is manufactured in the country on a daily basis. Hospitals use about 27,000 litres a day, an official from the State Ministry of Pharmaceutical Production, Supply and Regulation, told the Sunday Times. “We have asked the two companies manufacturing oxygen to ensure continuous supply of oxygen to General and Teaching Hospitals on a daily basis to ensure there is no shortage,” the official said.

The Government is also looking at the possibility of ordering 400 jumbo oxygen cylinders from India to add to about 27,000 such cylinders available locally, the official added.

He also urged people not to panic and go searching for oxygen cylinders. “We have heard some people are already doing that. One should not be hoarding oxygen cylinders at home and it is also dangerous to administer oxygen without medical supervision as too much oxygen can lead to serious medical side-effects,” the official warned.