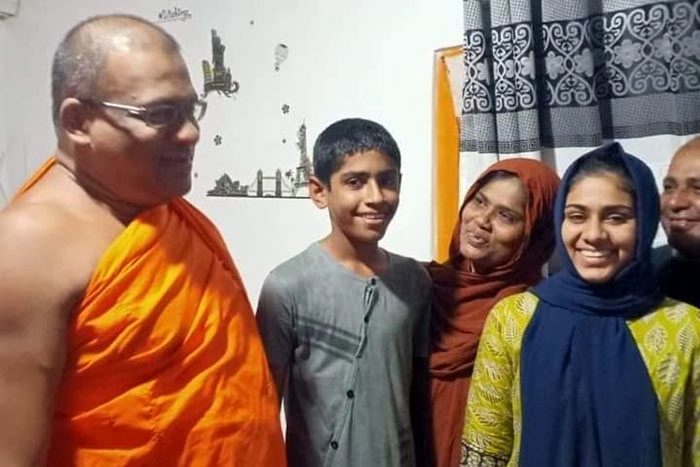 Bodu Bala Sena General Secretary Ven. Galagoda Aththe Gnanasara Thera visited Shukra Munawwar in Katugoda, Galle following her two million rupees win in the recent TV quiz competition and extended his good wishes. He said that she must be made use of for the betterment of the country.

Various groups including social service activists from various communities have paid courtesy calls on the winner, who hails from an underprivileged family in Galle.

While commenting on the achievement, Gnanasara Thera said this country needed children of her calibre from the Muslim community and added that he will extend his cooperation to traditional Muslims in the region to prevent extremist views from spreading.

He had also given some gifts during his visit.