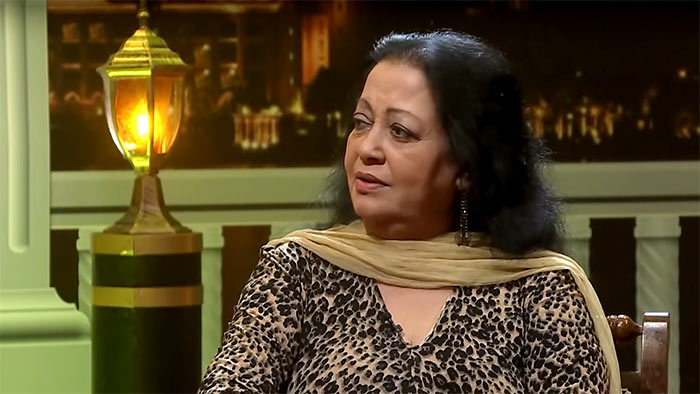 Veteran actress Sumana Amarasinghe passed away at the age of 73 at the Sri Jayewardenepura Hospital yesterday night (June 04).

A highly versatile actress who has had a wide range of roles from drama to comedy, Amarasinghe made her cinematic debut through the 1967 film ‘Pipena Kumudu’ directed by Ruby de Mel.

She acted in many films and won the most popular actress award on several occasions. She also worked as an assistant director, production manager, costume designer as well as a producer.

Sumana Amarasinghe was born on 21 February 1948 in Katugastota, Kandy and married to Roy de Silva who had passed away on 30 June 2018, who was also a renowned actor and director.