Virat Kohli can be greatest after Bradman – Sangakkara 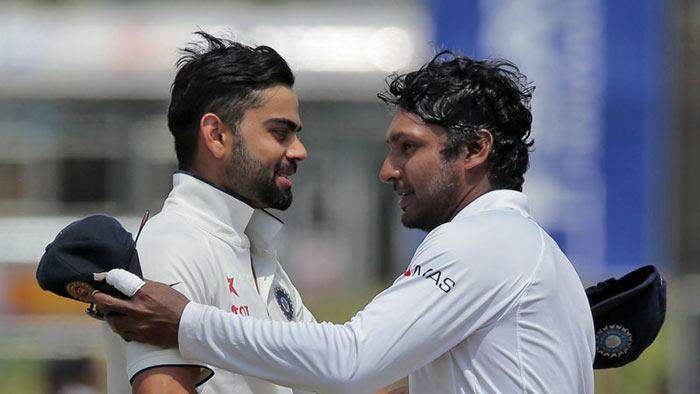 “Virat is phenomenally fit. I know, and I have seen and heard of his amazing commitment and dedication to being the best that he can be, both on and off the field—physically, mentally and skillwise,” Sangakkara on The RK Show.

“He has the opportunity to become maybe the greatest after the Don,” he added.

No batsman has performed as consistently as Virat Kohli in all the three formats. When it comes to stats across formats, Virat Kohli is heads and shoulders above his contemporaries. At just 31, he has hit a staggering 70 centuries and 104 half-centuries in international cricket. With 43 tons to his name, he is second in the list of most centuries in ODIs. He is the only player in the world with average of more than 50 in all the three formats of the game.

Recently, New Zealand skipper Kane Williamson had also recently heaped praise on his India counterpart. Williamson had called him a standard bearer for batting across formats.

“You can say that it was only a matter of time before he was making some strong inroads to the full international scene. At the moment, leading the way in cricket and setting the standard as a batter and breaking all these records,” Williamson said on Star Sports’ show Cricket Connected.

“A lot of that probably has to come down to his maturity, his ability to make very good decisions. Not only is he gifted with his ability and his natural ability, but you’re marrying that up with this constant drive and hunger to improve and just be better day in and day out.

“Yeah, we are fortunate to play against each other, it’s been great to meet at a young age and follow his progress and journey,” he added.

Home » Virat Kohli can be greatest after Bradman – Sangakkara