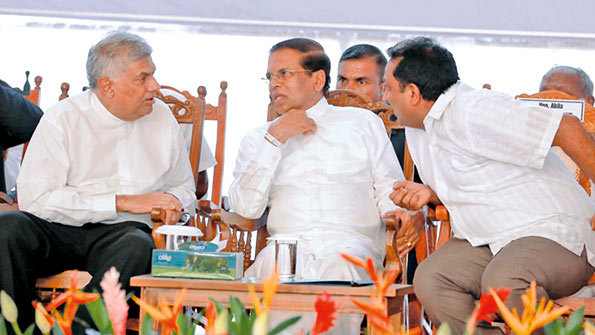 The ground breaking ceremony of the vehicle assembly plant of the German auto maker Volkswagen was held in Kuliyapitiya yesterday under the patronage of President Maithripala Sirisena and Prime Minister Ranil Wickremesinghe.

Volkswagen is the second largest car maker in the world. The company will initially assemble vehicles in the 1000cc to 2000cc category and these vehicles will be diesel powered and include passenger cars, Sport Utility Vehicles (SUV), Multi Utility Vehicles (MUV) or commercial vehicles.

Volkswagen AG’s local joint venture partner is Senok Automobiles and the total investment will be US$ 26.5 million.

The project in addition to bringing investor confidence for Sri Lanka and FDI’s will also bring in advanced German automobile technology into the country and create job opportunities for the local youth.

Volkswagen which rose from the ashes of World War II was one of the firms that contributed to the so-called German economic miracle of the country’s social market economy.

The company is best known for iconic models such as Beetle, Golf and Passat.