Voting at PC election in progress 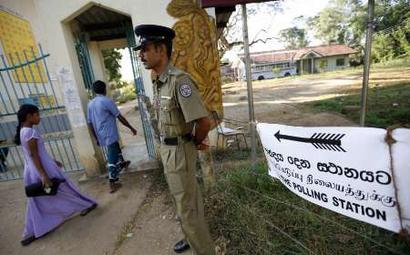 Voting at the North, North Western and Central Provinces began at 7.00 am this morning  and will continue till 4.00pm in the evening today.

“We have set up 21 special polling stations in Puttalam, two in Anuradhapura and one in Jaffna for the Internally Displaced People,” he said and added that another unique feature at this election is the use of transparent plastic ballot boxes.

The postal voting for the PC polls was held on the 13th and 14th where 111,383 voters were eligible to vote by post out of 133,542 applications received by the Elections Department.

1 Response to Voting at PC election in progress