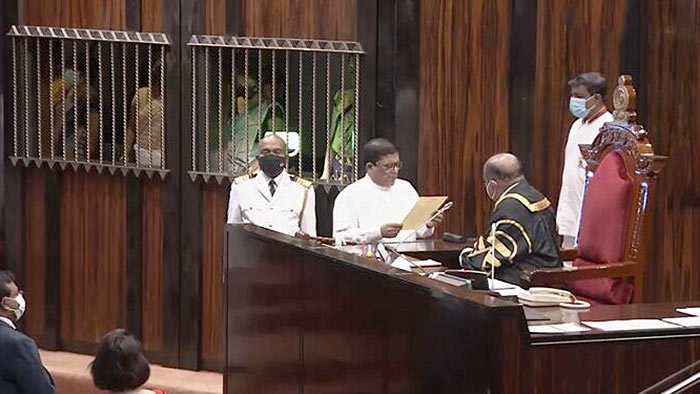 Chairman of the United National Party Wajira Abeywardena has taken oath as a National List Member of Parliament.

He took oath before Speaker Mahinda Yapa Abeywardena when Parliament convened at 10:00 AM today (July 27).

Former Minister Abeywardena was nominated by the UNP to fill the vacant National List seat of the party after Ranil Wickremesinghe took oath as President last week.

Meanwhile, Minister Susil Premajayantha has been appointed as the Leader of the House and Minister Prasanna Ranatunga has been re-appointed the Chief Government Whip.