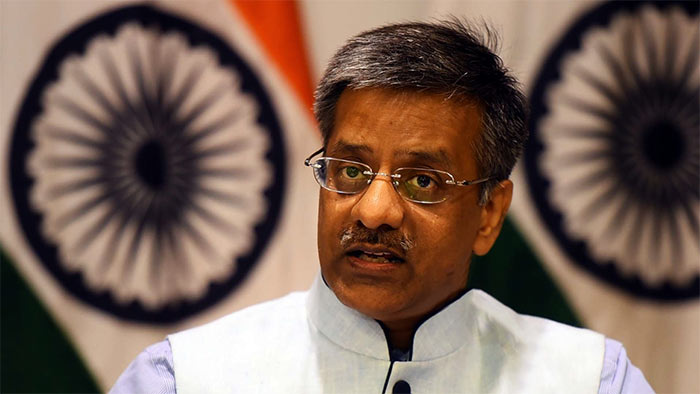 After helping Sri Lanka with an unprecedented assistance of around $4 billion since January as the country plunged into a deep economic crisis, India is now planning to invest heavily in newer sectors through both private and public firms there, Gopal Baglay, high commissioner of India to Sri Lanka, told ThePrint in an interview.

The sectors India will focus on include renewable energy, hydrocarbons, ports and infrastructure, and IT among others. Both countries are also looking at signing the long pending Economic and Technology Co-operation Agreement.

The top Indian diplomat in Colombo said New Delhi will now work with the new government there, both at the functional as well as political levels, to facilitate talks for a bailout package by the International Monetary Fund (IMF) for Sri Lanka, which got stuck earlier as the situation there worsened.

The island nation has been reeling under a massive crisis following over 100 days of protests by its people, witnessing a change of regime with the ousting of former president Gotabaya Rajapaksa, who eventually fled the country. Subsequently, Ranil Wickremesinghe was elected as president and Dinesh Gunawardena as prime minister.

“Sri Lanka is an economy having three main sources of revenue — exports, tourism and remittances. Due to Covid, some of these sources dried up completely. Sri Lanka is now trying to come back to normal levels of functioning and the economy will benefit from more investments. As a result, we are now looking at bringing in more investments in this country,” Baglay told ThePrint.

“We will engage with the new Sri Lankan government on this for promoting greater trade, greater investment and more cooperation between the two economies,” he added.

Since January this year, India has offered aid and humanitarian assistance to the tune of around $4 billion to Sri Lanka, the largest ever given to any country, to help the island nation meet its shortage of food, fuel, medicines and other essential items.

According to Baglay, discussions with the new government there have already begun regarding which sectors the investments will be coming in.

He said Indian investors, from the public as well as private sectors, will explore opportunities in certain key sectors of ports and infrastructure, renewable energy, electricity, hydrocarbons, agriculture and dairy, education and information technology, among others.

“Basically those areas where India has its own strength…And we being in the neighbourhood are in a better position to create wider ties in these areas. It is already happening as we speak,” he said, adding that a team from NTPC Ltd (National Thermal Power Corporation Limited) had visited Sri Lanka earlier this month.

The NTPC is looking at establishing a solar power plant in Sampur in eastern Sri Lanka near Trincomalee, under a joint collaboration with the Ceylon Electricity Board (CEB).

“Even in this situation, which obviously has its own difficulties, we continue to work with the Sri Lankan government to push forward, as best as one can, joint ventures and joint projects. At the same time, we are also in discussion with the new government to create more avenues for newer investments from India,” Baglay highlighted.

He said that apart from renewable energy and IT, the focus now will also be on the manufacturing of pharmaceutical products.

“Sri Lanka presently imports pharmaceuticals, 70 per cent of which actually comes from India. So, the idea is if Sri Lanka can not only start producing pharmaceutical products for its own requirements but eventually also export them to earn forex,” added Baglay.

Similarly, the high commissioner said, Sri Lanka has huge potential in solar and wind energy, thus that can also be exported to India after meeting its own requirements.

“So it will create another source of revenue…Sri Lanka sees benefits in this issue. In the current situation, Sri Lanka has seen the benefits of a closer economic partnership with India. They have also benefitted from a large economy like ours and a large and diversified market,” he added.

As Sri Lanka anxiously awaits for the IMF to design and offer a bailout package to help stabilise its teetering economy, the multilateral lending institution is acting tough as the country continues to remain chaotic while lack of clarity on Chinese debt data continues to pose a challenge.

“India takes care of Sri Lanka’s interests in the IMF as both are members…We’ve come forward in the talks whenever we have been asked to help. But their negotiations with the IMF are their negotiations as a sovereign government. But we have facilitated the process and facilitated the sentiment in the international community in supporting Sri Lanka at this juncture,” Baglay underlined.

He said India has “made a strong case” for Sri Lanka in bilateral talks also with the US, Japan and Australia for coming forward to help the country.

Earlier this month, IMF Managing Director Kristalina Georgieva had called the crisis in Sri Lanka a “warning sign” for countries which have high levels of debt but constrained policy space.

A high-level IMF delegation had undertaken a visit to Sri Lanka end-June, but the talks for a comprehensive package remained inconclusive.

Conclusion of ETCA ‘beyond’ FTA

Apart from investments, Baglay said both sides are now also working towards expediting the conclusion of the pending Economic and Technology Co-operation Agreement (ETCA), which will “go beyond” the existing India-Sri Lanka free trade agreement that came into force in March 2000.

“ETCA is something which goes beyond the FTA because it also brings in several other aspects. Technology is the key driver here,” he added.

The ETCA was initially slated to be signed in 2016 when President Wickremesignhe was the prime minister of Sri Lanka. It is expected to address larger issues of market access and asymmetry in two-way trade.

Sri Lanka is also carrying out a unique ID project for its citizens under a grant assistance from India. This is based on India’s Aadhar model.