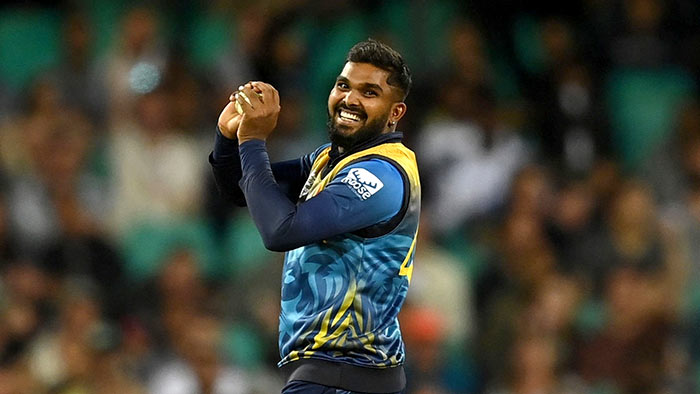 Rashid Khan’s reign at the top of the MRF ICC Men’s T20I Bowling Rankings has been short-lived, with the Afghanistan spinner usurped in top spot by Sri Lanka’s Wanindu Hasaranga.

Rashid had pushed Australian Josh Hazlewood out of top spot after his strong start to the ICC Men’s T20 World Cup 2022, but the continued brilliance of Hasaranga means he has risen to the summit thanks to his World Cup heroics.

Hasaranga took 15 wickets during Sri Lanka’s World Cup campaign, more than any other player by the end of the Super 12 stage, and has regained the number one ranking that he last held in November 2021.

He finished the tournament with magnificent returns of 3/13 against Afghanistan and 2/23 against England, adding further weight to his reputation as one of the best leg-spinners in world cricket.

Three years into his T20I career, Hasaranga’s figures are remarkable. In 52 matches he has now taken 86 wickets at an average of just 14.48 and at an extremely impressive economy of just 6.67.

The 25-year-old is a handy batter too, but a lack of time in the middle during the World Cup has prevented him from moving further up the all-rounder rankings, remaining at number eight.

Zimbabwe’s Sean Williams is the only new arrival in the all-rounder top 10, while Shadab Khan of Pakistan is on the rise, jumping 10 places to 15.

A lack of involvement for England’s Moeen Ali sees he and Sikandar Raza switch places into sixth and fourth respectively, with Raza hugely involved in Zimbabwe’s remarkable tournament.

There is one new arrival in the top 10 of the rankings for bowlers too, with England’s Adil Rashid rising to eighth, one spot behind his compatriot Sam Curran.

Pathum Nissanka is up to 10 in the latest batter rankings, the only change in the upper echelons of that list.

The brilliance of Suryakumar Yadav means he remains in top spot and with an extended advantage in that position and a career high rating of 869 points.

Further down the batter rankings it is Finn Allen of New Zealand and India’s KL Rahul who are making moves, rising by six and five spots respectively and close to breaking into the top 10.