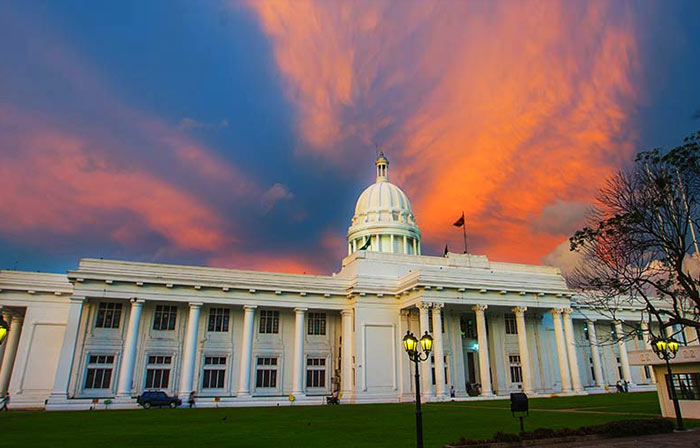 The Colombo Municipal Council (CMC) has been bleeding money on waste transport and disposal for many years by dishing out business to private contractors, instead of using millions of rupees allocated to it for the purchase of its own tractors, tippers, compactors and bulldozers.

Between 2010 and 2016, the CMC received nearly Rs 850 million to buy its own vehicles for solid waste management, the Auditor General’s (AG) Department says. However, only between 1 percent (in 2011) and 43 percent (in 2013) of this allocation was used during that time period.

Had the CMC acquired vehicles during these years using the full financial allocations, “the amount spent annually for obtaining vehicles on rent from private sector would have been decreased, and assets would have been acquired for the Municipal Council as well,” the AG says in a special report on CMC solid waste management.

The total allocated in these six years for the purchase of solid waste management vehicles was Rs 857,925,000. Only Rs 211,934,018–just 24 percent or less than a quarter of these provisions—was spent, the AG says.

But from 2010 onwards, the CMC paid increasingly more to private contractors for these vehicles. The rise in rental expenses was between 9.7 percent and 462.9 percent. And despite an excavator and two bulldozers belonging to the CMC being used every day in 2016 at the waste disposal site, the money disbursed on rented vehicles did not decrease.

The CMC’s Solid Waste Division officers and the senior management repeatedly hired vehicles “in keeping with the requirements of the private company,” the AG reports. The CMC did this despite having adequate financial provisions to buy the necessary vehicles and grow the CMC’s asset base.

In March 2016, the Japanese Government donated 12 waste compactor trucks. Despite this, however, the CMC extended an agreement to hire six vehicles up to June the following year. The AG describes this transaction to be “of a contentious nature”.

The contract was extended on the pretext that CMC drivers needed time to adapt to the state-of-the-art Japanese vehicles. The AG found, however, that the drivers only needed a day’s training. Furthermore, the new compactor trucks had been put to use as far back as August 2016. This meant the hired vehicles were retained on a false pretext.

A private company (not named in the AG’s report) was paid more than Rs 606 million between 2010 and 2016 for vehicle hires. This entity is officially registered as one that erects and renovates buildings and roads. It also does irrigation activities and construction related to land reclamation and waste. Renting out vehicles is not one of its services.

The CMC, however, ignored this essential prerequisite and awarded the contract. It also disregarded that the company did not possess a licence from the Central Environmental Authority (CEA) to transport waste.

The CMC has six divisional offices to regulate waste management, the AG observes. It has entered into several four-year agreements with two private companies for the purpose. The seven contracts signed thus since 2015 totals Rs 5.3 billion.

Whenever quotations were called for the service, other companies—other than the above two—whcich also submitted bids were routinely disqualified after evaluation. In March 2015, the municipal councillors even discussed how the same entities always won these contracts.

While the National Procurement Guidelines require the presence of a committee for bid-opening, it has not been appointed for this tender. There is also no evidence of bids having being opened with the mandatory participation of all bidders or their representatives.

During the period 2012–2016, the CMC had annually spent 23 percent to 45 percent of its operating income on solid waste management but no plans were made to minimise the quantity of waste generated daily.

The AG recommends that vehicles should promptly be bought for the CMC through its own funds to cut expenditure incurred on rented hardware, including other machinery, for waste management.