We missed out the real champion, Mali my bad – Rohit Sharma 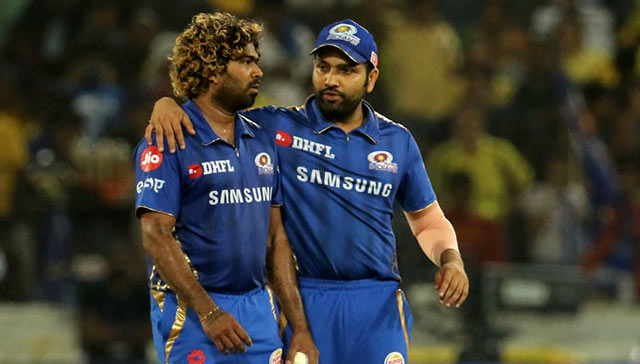 The two cricketers created a star-studded line-up which included the likes of Sachin Tendulkar, Mathew Hayden, and Dwayne Bravo and is captained by MS Dhoni, however, the two missed out on some big names. Rohit Sharma after that apologised to Lasith Malinga for not including him in the team.

Mumbai Indians shared Rohit Sharma and Suresh Raina’s combined MI-CSK XI on their official Twitter handle and captain Sharma felt bad for missing out on Lasith Maling in the team so the hitman gave champion Malinga an honourable mention. ‘We missed out the real champion, Mali my bad’ the 33-year-old replied on MI’s post.

Lasith Malinga is one of the most decorated players to ever play in the cash-rich league. The Sri Lankan pace machine joined Mumbai Indians in 2008 and since then has won four titles with them under the leadership of Rohit Sharma. The 36-year-old is also the leading wicket-taker in the competition’s history with 170 scalps in 122 matches.

Home » We missed out the real champion, Mali my bad – Rohit Sharma