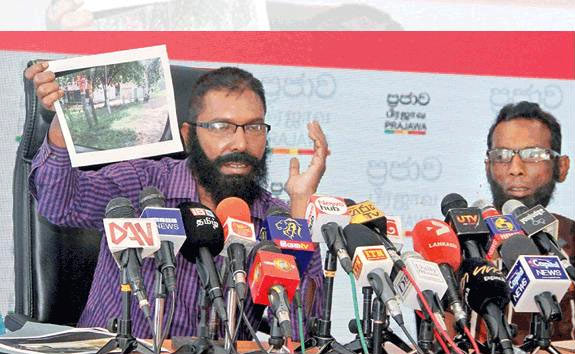 The two white van drivers who participated in the controversial media briefing organized by the former Health Minister Rajitha Senaratne had lodged a complaint with the CID yesterday stating that they had received alleged death threats from the former Minister.

They told the media that they were allegedly threatened not to correct what was stated at the media briefing.

A member of an underworld gang named Kotahene Santha gave me a call on Sunday and warned me not to hold a press briefing and reveal the truth about the controversial media briefing. He threated me that if I do so not to come to courts on the due date for the case as if I do, there would have to be white flags hung at my home,” Madanayake said.

1 Response to ‘We were threatened’ allege white van drivers