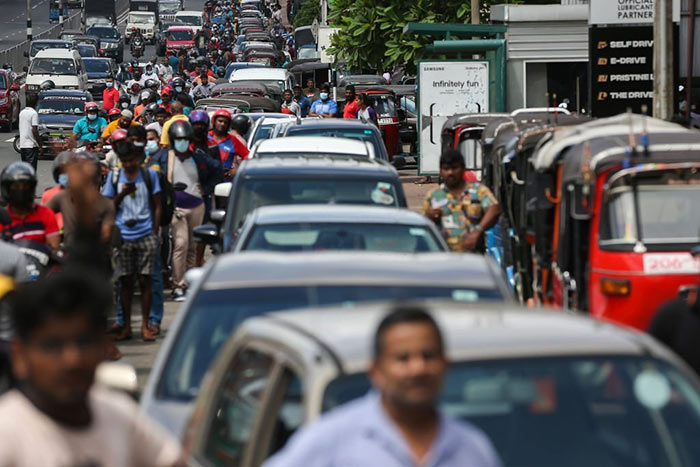 Drivers are waiting to buy petrol at a petrol station due to the fuel shortage in Colombo, Sri Lanka. (File Photo by Pradeep Dambarage / NurPhoto via Getty Images)

With existing fuel stocks almost exhausted, the website indicating fuel availability at filling stations, which was made and was being managed by the Ceylon Petroleum Corporation (CPC) and Information and Communication Technology Agency (ICTA), has been temporarily shut down.

According to a notice on the website, https://fuel.gov.lk the site had been temporarily closed due to instructions of relevant authorities.

“We are compelled to temporarily suspend https://fuel.gov.lk as per instructions received. We regret any inconvenience caused in this regard. We will notify the public no sooner than we are able to resume operations to provide fuel bowser dispatch information,” said a notice issued by ICTA.

However, queues at filling stations across the country were seen today as well.