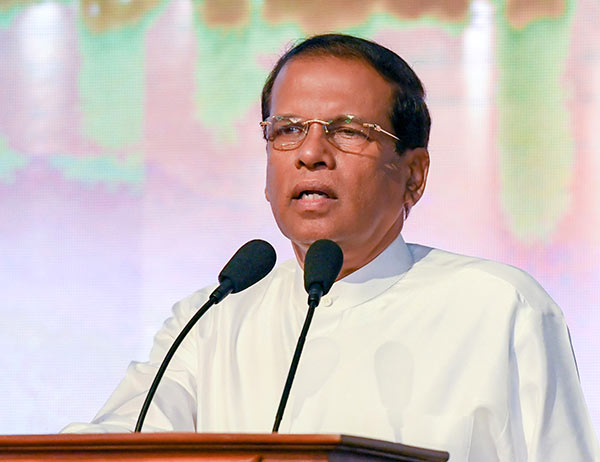 President Maithripala Sirisena stated that 113 majority of the new government has already been established.

He stated this addressing the ‘Jana Mahimaya’ rally currently ongoing at Parliament roundabout.

President Sirisena stated that he will not take back the step he took forward.

He pointed out that he offered the premiership to both Karu Jayasuriya and Sajith Premadasa, which they refused.

He offered the position of Prime Minister to Mahinda Rajapaksa as he was the most suitable when he found out that he was unable to work with Ranil Wickremesinghe.

What I changed wasn’t two bodies on to a seat, but a policy that didn’t suit the country, President added.

The ones who took decisions regarding the country in the recent past were not the President or the Prime Minister, but several persons who were around Ranil Wickremesinghe, further stated President Sirisena.