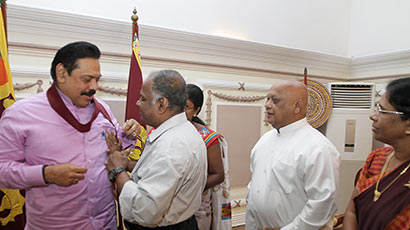 The first flag of the flag campaign launched by the Sri Lanka Council of Visually Impaired Graduates’ Association in line with International White Cane Day was pinned on President Mahinda Rajapaksa at Tempe Trees this afternoon on 08 October. International White Cane Day will be commemorated on next Tuesday as it is marked on October 15 each year.

The aim of selling flags is to raise funds for the welfare of visually impaired students. The first flag was pinned on the President by the chairman of the association Sugath Wasantha De Silva. A symbolic presentation of white canes also took place today to mark International White Cane Day. 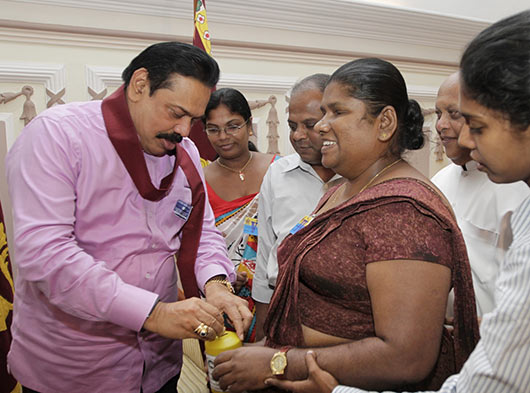 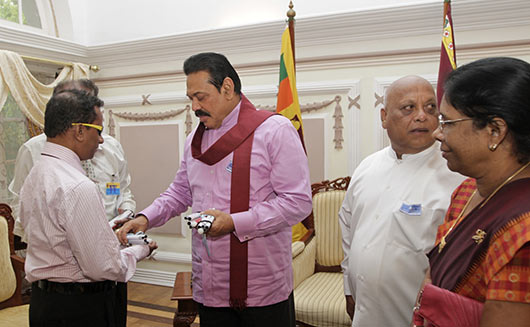 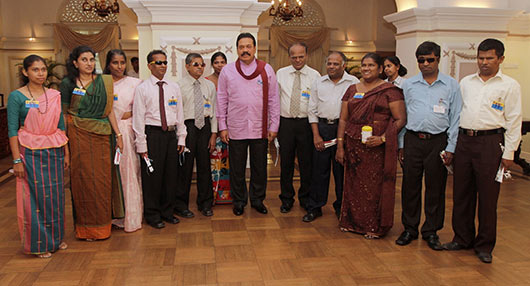