Why is it hard to honor non-white inventors? Acknowledging Hindu Indian V A Shiva Ayyadurai – the Inventor of email 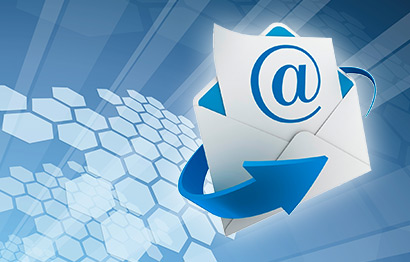 Everyone will agree that we cannot do without email. How many of us know who invented it. Yet, even when the inventor, an Indian Hindu was honored recently by Indian Prime Minister Narendra Modi why did the Christian press keep a lid on the news. We must wonder if this was an intentional effort and in line with the efforts being made to make the world presume that all inventions were post-colonial or by white inventors only.

Africa was civilized far before the whites arrived

If we did not know better, we would continue to believe that Africa, the continent where man evolved from was a dark, undeveloped and unsophisticated continent and it was the Europeans that civilized Africans. That is far from the truth.

Africa’s creative abilities should not be kept hidden by Western dominated media.

Africans are said to have discovered fire 1.4million years ago, yam cultivation and farming had begun between 8000 and 3000 BC. The water pipe had been created around 1460BC in Ethiopia.

Similarly, Asians too have every right to claim right for a host of inventions which Western history books have conveniently omitted from mentioning. What we can assume is that many of the modern day accepted inventions would most probably have been built upon the inventions and discoveries that preceded them but kept from public domain.

We can then understand why centuries later the same lack of acknowledgement prevails to the level that it is unthinkable that a non-white can invent what the Europeans could not!

Today, nothing happens without email but the fact that it was Dr. Ayyadurai who invented the email remains closely kept from the public. It is 32 years since the email was invented when Dr. Ayyadurai was just a 14 year old. Is it because he was non-European that the achievement of V A Shiva Ayyadurai has been kept out of circulation?

Ayyadurai on 30 August 1982, developed an electronic version of the interoffice mail system which he called ‘email’ with mail system, inbox, outbox, folders, memo, address book etc. The US Government officially recognized him as the inventor of email. To establish proof he has with him the first US copyright for email for his invention in 1978. Why is it that he remains unknown and ridiculed as to how he could have developed ‘email’!

It took Indian Premier Narendra Modi and the decision for India to honor and recognize Dr. Ayyadurai as the inventor of email for news to once again do the rounds. But apart from a handful of mainstream newspapers most have shunned publication of the news.

If India will see more Indian creations and innovations emerging, the credit would need to go to Prime Minister Narendra Modi who plans to establish an innovation platform for young innovators and entrepreneurs. Not only that India has re-named roads and cities giving pride of place to Hindu national leaders and the Hindu identity thus re-establishing the identity of India powerful enough to see a rallying of people towards a national identity that is local and not imported. These are lessons for Sri Lanka’s leaders echoing western multicultural slogans to pick lessons from.

Thankfully Dr. Ayyadurai has been recognized by India and honored too and with time his name would be known by all as the innovator of email, this immediately takes us to the plight of Sri Lankan lawyer Senaka Weeraratne who has been painstakingly trying to gain recognition for authoring the umpire referral system which is now used in virtually all sports but has become a game changer in cricket.

Senaka Weeraratne has been battling for due recognition since May 1997.

The issue Senaka Weeraratne faces is pathetic to say the least in the light of his own nation, the cricketing officials and the Sports Ministry itself not taking up the cause on his behalf. If Senaka Weeraratne were to eventually be given acknowledgement that credit will surely come to Sri Lanka by default! So why is there such a lethargic lack of initiative or concern amongst the Sri Lankan officials to demand a proper investigation and legally pursue the case on behalf of Senaka Weeraratne? Several sports columnists have written on behalf of Senaka Weeraratne and the former Board of Cricket President even acknowledged having received the proposal in 1997 but no one has come forward to take up the cause with the ICC. The ICC dominated by Western colonial mindsets are not too bothered about even considering an investigation either.

Robert Steen, senior lecturer in sports journalism at the University of Brighton, England and reputed cricket commentator says ” LET’S REWIND to the hotly contested conception of the review system,for which Senaka Weeraratna, a lawyer, believes we must thank/berate him – and not, repeat not, the ICC”. Steen adds. “He (Senaka Weeraratna) has been arguing for some time, and with some vehemence, that it was his letter to Colombo’s Sunday Times, on April 6, 1997, the first of many such that sowed the seeds. In an ocean of common sense, that letter likened the players’ right to challenge to the appeal of a “dissatisfied litigant”.

We hesitate to think that the ICC does not wish to christen the UDRS as the Weeraratne rule as they have for the rain affected rule – Duckworth and Lewis because Weeraratne is non-white. However, the manner in which appeals have been discarded gives credence to that very premise.

While we blame colonial mindsets of white rule, Senaka Weeraratne’s case is not getting the momentum he deserves because those holding positions in Sri Lanka are plagued by subservience to the colonial master. Thus, until and unless supposedly sovereign nations become independent by virtue of decolonizing their minds and actions, the likelihood of Senaka Weeraratne ever getting local support looks dismal too.

It would be good for Sri Lanka to take inspiration from Narendra Modi and India to back Senaka Weeraratne to gain acknowledgement for authoring the UDRS.

Cricket legend the late Tony Greig advised Senaka Weeraratne to get the ball rolling through the Sri Lankan Government and the Sri Lankan Cricket Board pursuing a case with the ICC with full legal backing. That prerogative looks unlikely and if so Senaka Weeraratne will join Mr. Shirley Amarasinghe another top class civil who despite the pioneering contributions made to creating the rules concerning the law of the sea was not nominated by then President Jayawardena as Sri Lanka’s delegate and he was eventually nominated by several other countries including Arab nations and was elected permanent chairman by acclamation. Jealousy almost denied Ambassador Amarasinghe due credit but justice was served by others.

A similar fate awaited Justice C G Weeramantry whose name was refused to be nominated by then President Jayawardena to the International Court of Justice, eventually President Premadasa nominated him and Justice Weeramantry went on to become the Vice President of the ICJ.

So on the one hand we have the Pan-European West continuing to dominate over the rest of the world and sadly on the other hand we have our own people ever ready to allow that domination by their willful subservience.

What needs to be said is that if inventions had taken place far before Western Europeans coined a name for it, they must be humble enough to acknowledge it.

As for natives of once colonized nations, it is left for them to decide whether they wish to continue a copy cat legacy of cultures and value systems forcibly imposed or should they be proud of the rich heritage and culture that existed but was purposely pushed into the background or expunged from history books! This dilemma can be solved if and only when the former colonies take an interest in ensuring that the education system and the youth are aware of the civilizational heritage and history that existed before the colonial invaders landed and forcibly imposed their religion, cultures and values. It is only those that love their nation, a nation that they are historically linked to, that will inspire them to protect that nation from regime change. Those aligned to imported values will be ever ready to hand over the nation to the importers.

Western Europe must acknowledge its heinous record of trying to expunge the ancient histories and even races of natives who led civilized lives but not in the manner that Western Europe benchmark it to be. Just as natives found the first Europeans arriving on their shores to be weird the Europeans likewise would have felt the same. Nevertheless the differentiator was the brutality with which the natives were treated when they welcomed them into their homes.

Returning to the case of Dr. Ayyadurai the inventor of email who continues to be ridiculed and laughed at on the simple logic of ‘how can an Indian invent email’, while in the case of Senaka Weeraratne who has been battling to gain recognition for the authorship of the UDRS the colonial mindset ICC will not even hear of even holding an investigation. So the umpire referral system remains known as UDRS – a song sung without acknowledging the composer.

The manner in which history has been hijacked can be understood in another very simple logic. If humans evolved from apes in the African continent and if the first people were black does that not make God black too but everything good is white and everything bad is black!

1 Response to Why is it hard to honor non-white inventors? Acknowledging Hindu Indian V A Shiva Ayyadurai – the Inventor of email

Home » Why is it hard to honor non-white inventors? Acknowledging Hindu Indian V A Shiva Ayyadurai – the Inventor of email