Why the rush to execute one? Hang Rajiv, Beant killers too: Omar 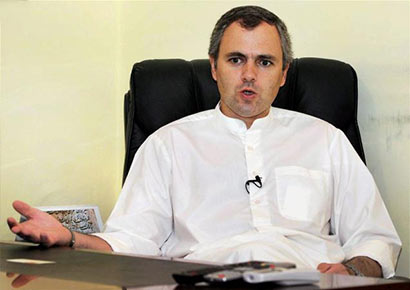 SRINAGAR/NEW DELHI: A day after Afzal Guru’s hanging, Jammu & Kashmir chief minister Omar Abdullah cautioned the Centre against being selective in executing those convicted of attacking symbols of democracy, and suggested that the government now move to implement the death penalty of killers of Rajiv Gandhi and Beant Singh, both equally symbols of state.

Kashmir continued to remain tense, particularly after one youth, Tariq Ahmad Bhat, drowned in a river in Ganderbal on Sunday when security forces were chasing a group of violent protesters.

Omar also criticised the Centre’s decision to not allow Afzal’s family one last meeting with him, saying it was “one of the biggest tragedies of the execution”. He added that this would lead to further alienation of Kashmiris from the Indian mainstream.

“Why is it that you are in such a rush to execute one and not execute the others?” Omar asked. The executions of Balwant Singh Rajoana, who killed former Punjab CM Beant Singh, and Santham, Murugan and Perarivalan, involved in the assassination of former PM Rajiv Gandhi, have been stayed by courts.

The stand-alone execution would only complicate matters in a state where many people identify themselves with Afzal, the CM said. “I think the onus will rest on both the judiciary and the political leadership to prove to the people in Kashmir and to the wider world that these were not selective executions for political purposes,” he said in interviews to TV news channels.

Omar said the view that Afzal didn’t get a fair trial was shared by people beyond his state. “The Supreme Court judgment talks about strong circumstantial evidence and about satisfying the collective conscience of society. You don’t hang people because society demands it. You hang people because the law demands it,” he said.

Taking on his political rivals, Omar said he had no say in the execution. “My rivals want to pin the execution on me whereas my only job has been dealing with its fallout,” he said.

Abdullah, incidentally, was told of the execution plans only around 8pm on Friday. He immediately alerted the chief secretary and DGP to put in place security measures like curfew and police bandobast to avert a violent reaction in the Valley.

Although home secretary R K Singh has said that a letter was sent to intimate Afzal’s family about his hanging, this was denied by the family. Professor S A R Geelani, who was acquitted in the Parliament attack case, had told TOI soon after Afzal’s execution that his wife Tabassum had no information of the hanging.

The CM slammed the home ministry statement that Afzal’s family was informed through speed post about the rejection of his clemency petition by the President. “Do you expect such kind of communication in the internet age?” he asked.

Editors said they had put the edition to bed and left for home on Saturday night, but found on Sunday morning that the authorities had imposed a ban on the publication of newspapers in the state.

“A police team arrived at the printing press and asked the management at midnight to not publish the newspaper for Sunday,” read a post at Greater Kashmir, the largest circulated daily in J&K. “Though no written orders were issued to the media groups…” The ban on publication is expected to last a few days.

Murugan, Santhan and Perarivalan were convicted by the Supreme Court in May 1999. Their mercy petitions were rejected by then President Pratibha Patil in August 2011. But they appealed against the rejection of their clemency petition by the President. Their hanging, scheduled for September 9, 2011, was stayed by Madras high court which is hearing the case. Rajoana was to hang on March 31, 2012, but his execution was also stayed as one his co-convicts moved the court for judicial review just two days before the hanging. (Courtesy: The Times of India)

1 Response to Why the rush to execute one? Hang Rajiv, Beant killers too: Omar

Home » Why the rush to execute one? Hang Rajiv, Beant killers too: Omar