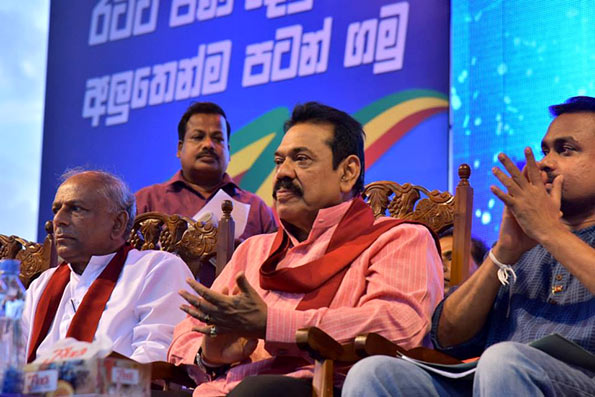 Former President Mahinda Rajapaksa has confirmed that he would assume duties as an Opposition MP in parliament while stating that he accepts the results of the parliamentary elections with humility.

The former President who contested at the parliamentary elections as a UPFA candidate from the Kurunegala district, released a media release a short while ago in which he made these remarks.

“I thank the voters who placed their confidence in our party despite the unprecedented obstacles that we had to face. I will continue to engage in politics in keeping with the people’s mandate and I will function within parliament to safeguard the nation and the democratic system,” he said. 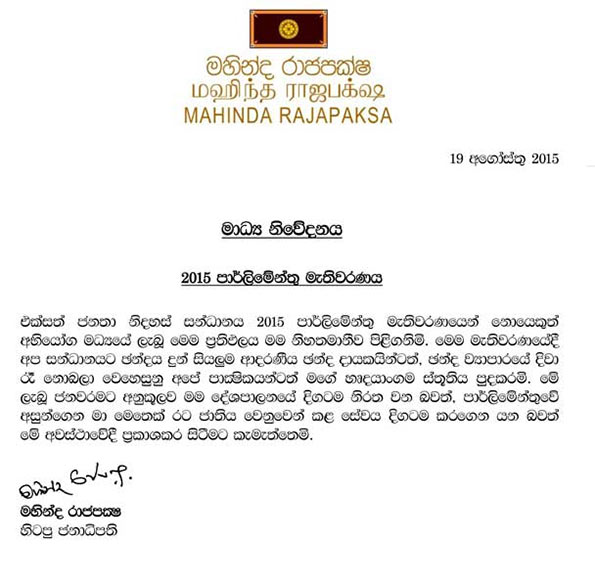 1 Response to Will assume duties as opposition MP: Mahinda Rajapaksa