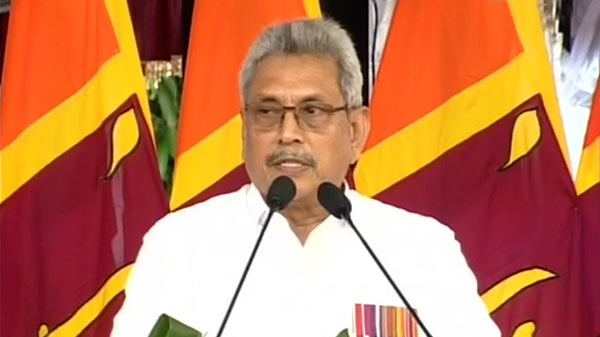 President Gotabaya Rajapaksa says that he will not hesitate to withdraw the country from any organization which harasses and exerts undue pressure on Sri Lanka and its war heroes unnecessarily.

He said throughout the history, people in the country including Sinhala, Tamil, Muslim, Malay and Burgher have had equal rights.

“The motive of the extremists was to divide us. If they were successful in their attempt, our history could have taken a different course. Sri Lanka could have become a country where communities hate each other, engage in continuous battles for borders, fear of war is a common norm of life and another hapless and divided country. The honor of liberating the country from this catastrophe should be given to all our heroic troops who fought for the peace in our country for a long time. We remember with immense gratitude, all the war heroes including General Kobbekaduwa and General Vijaya Wimalarathna who fought for this victory for more than three decades and laid their lives for the country. As an officer who was engaged in active service for around 20 years, later as the Secretary Defence for 10 years as well as a citizen I am very well aware of the sacrifices made by our war heroes,” he said.