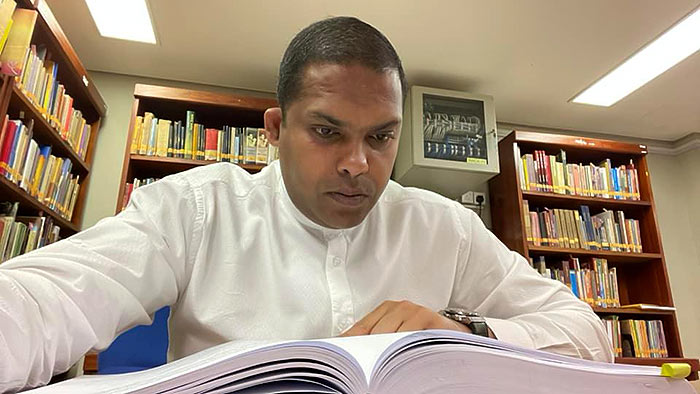 Sri Lanka’s new Tourism Minister Harin Fernando has warned that if the 21st Amendment to the Constitution is not tabled at the Cabinet meeting today (May 23), he would not remain with the government.

“If Sri Lanka is to become stable and once again value democracy, the 21st Amendment needs to be presented,” he told reporters.

The Minister added those engaged in protests are calling for the enactment of the 21st Amendment and to establish independent commissions, claiming it is essential if they seek to establish a democratically independent country. He noted that when it is passed in Cabinet, the next step lies with Parliament, adding they hope Parliament will heed public requests and pass the 21st Amendment.

Sri Lanka Podujana Peramuna’s (SLPP) General Secretary Attorney-at-Law Sagara Kariyawasam (MP) told the media that the crises on food, fuel etc, need to be solved right now, and that any constitutional amendments should be discussed afterwards.