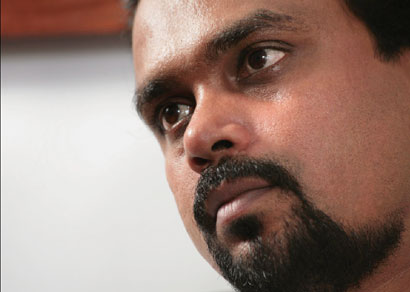 Housing and Construction Minister Wimal Weerawansa was reported to have fallen ill this morning and admitted to the Kurunegala Hospital. He was on his way to Trincomalee to attend the provincial council election campaign.

The MSD officers immediately rushed him to the hospital and admitted him to the Emergency Treatment and Accident Service Unit. Later he was transferred to its Cardiology Intensive Care Unit. A hospital spokesman said the minister’s condition was improving.