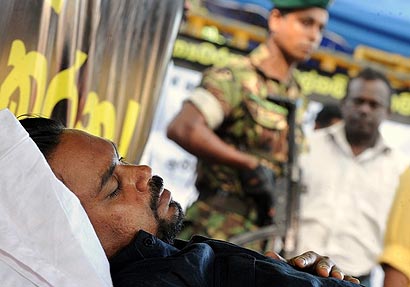 In a letter to the President, Minister Wimal Weerawansa has informed of his wish to resign from his Housing and Construction ministerial portfolio. In his letter he has claimed that it is difficult to carryout the struggle against the enemies of the country while holding the Ministerial post.

However when Ada Derana made an inquiry Secretary to the President, Lalith Weeratunga said that up to now he had not received such a letter of resignation. 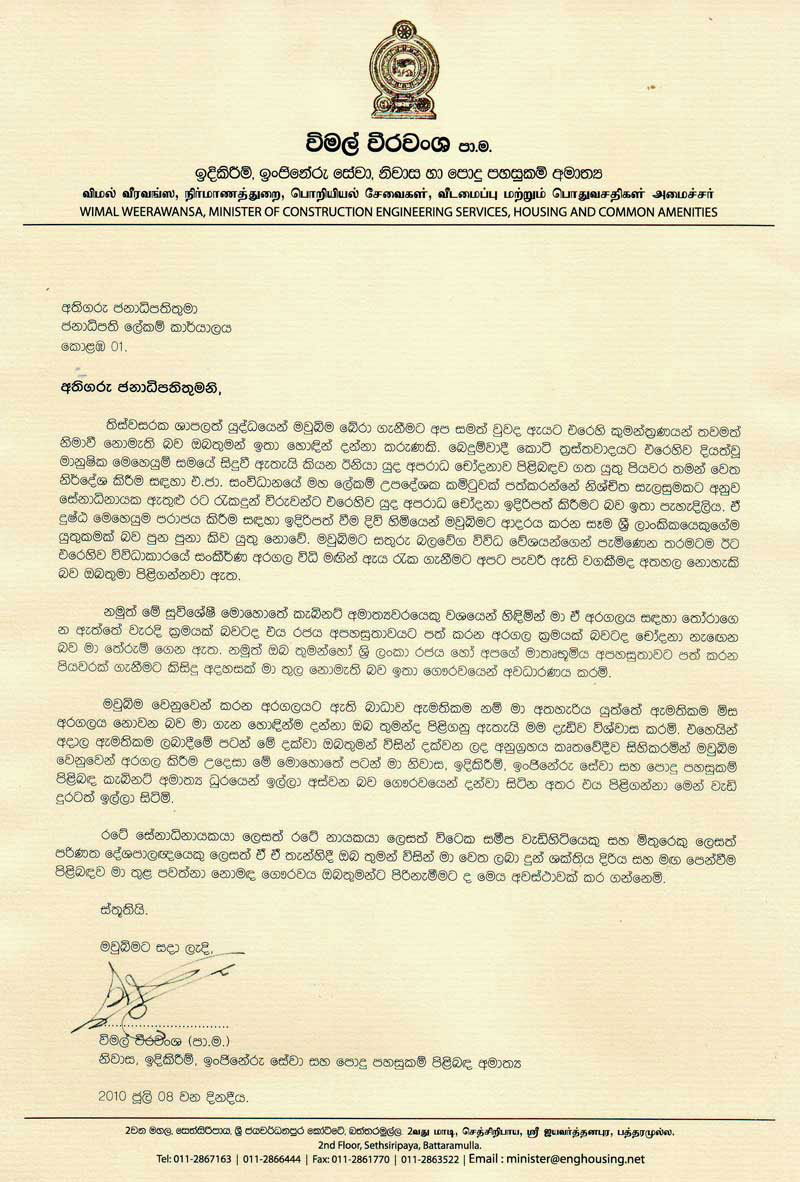 You can Read Same copy in Black & White Below. 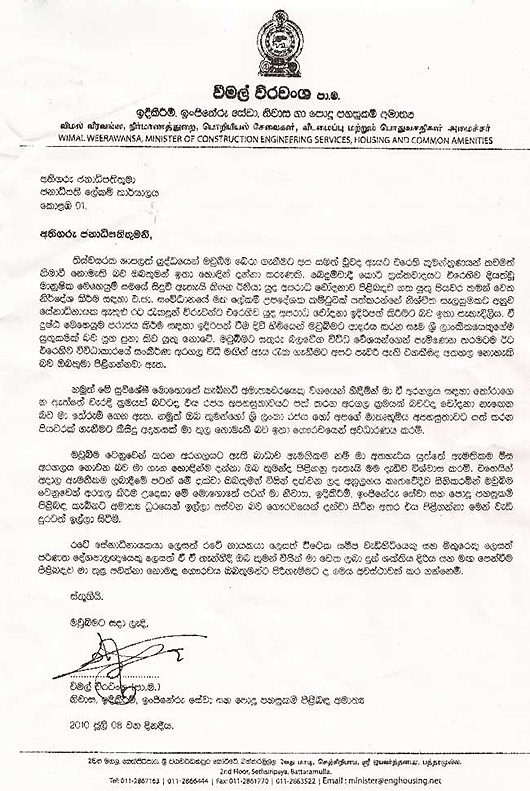 3 Responses to Wimal resigns as Minister