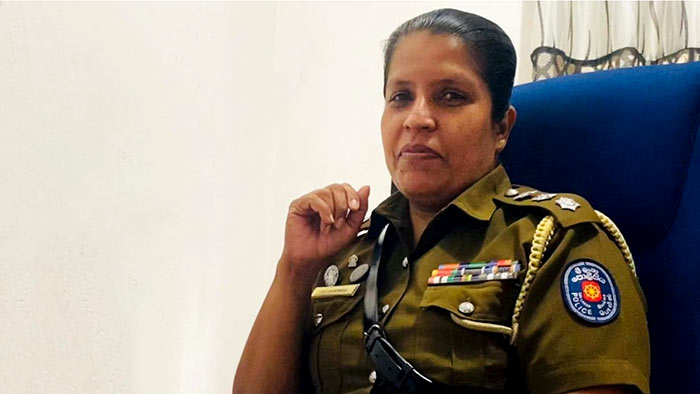 This was the 2nd time in the history of Sri Lanka Police that a female police officer will hold the OIC post.

Chief Inspector Kanchana Samarakoon was born in Hemmatagama in Kegalle and was educated at the Kegalle Girls’ College.

She joined the Sri Lanka Police as a female Sub Inspector in 1997 and has served in various divisions including Chilaw, Vavuniya, Gampaha, Mirigama, Nittambuwa and the CID.

Her husband also serves as a Chief Inspector of Police attached to the Ministerial Security Division.