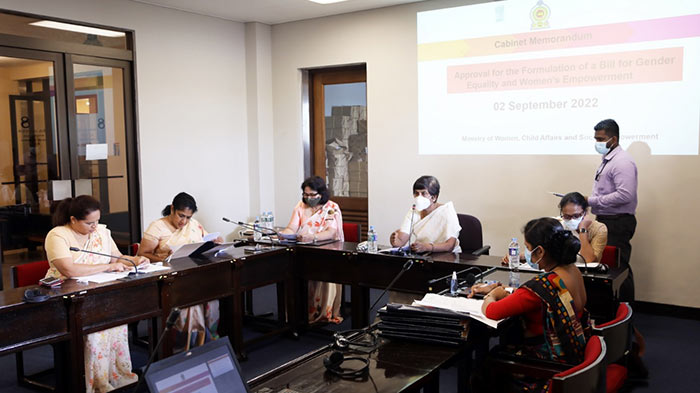 The Women Parliamentarians’ Caucus, which met in Parliament recently under the chairmanship of Dr. Sudarshini Fernandopulle, took into discussion the proposal presented to the committee with the objective of ensuring the rights and protection of Sri Lankan women as well as gender equality.

Accordingly, the proposals to the Bill include the establishing of an independent commission titled the “National Women’s Commission” through an Act of Parliament with the mandate to provide leadership on legal and policy reform, monitor the implementation of laws and women’s rights and gender equality, and to make recommendations to Parliament for intervention on issues of gender equity and equality.

Furthermore, the proposals also look into the establishment of an independent Ombudswoman on gender issues under the office of the Ombudsperson to investigate and provide redress for injustice against individual women in the public sector, to legislate for the purpose of expediting cases of violence against women and girl children, incorporating internal monitoring mechanisms within the relevant line ministries to ensure that the security forces and the police adhere to prohibitions of torture, rape and other human right violations.

Whilst emphasising the importance of such a Bill, the Chairperson of the Women Parliamentarians’ Caucus and its members were of the view that the proposals to the Bill must be looked into with a deeper understanding. Thus, the Committee decided to meet on the 09th of September 2022 to take into discussion the particulars of the Bill for the purpose of making recommendations.