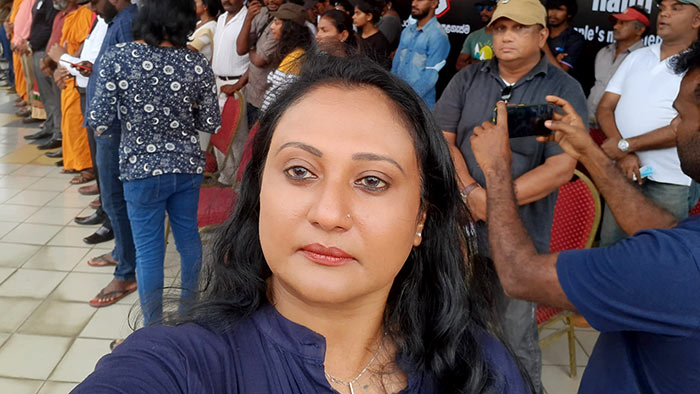 Actress and “Gota Go Gama” activist Damitha Abeyrathne has been arrested by the Police.

The Police said that she was arrested in the Welikada area by a special Police team after the protest named ‘Black Hour’ held near the Diyatha Uyana in Battaramulla today (September 07).

According to Police, she was arrested on charges of forcibly entering the Presidential Secretariat in Colombo during the protests in July this year.

Police said Damitha Abeyrathne would be produced before the Fort Magistrate on Thursday (September 08).