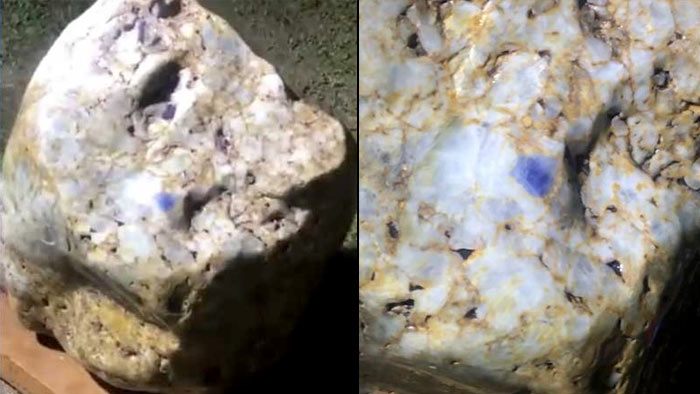 The World’s largest single natural specimen of corundum as a single crystal (Blue sapphire) has been found in Sri Lanka, officials said.

The National Gem and Jewellery Authority says that the gemstone had been discovered in the Batugedara area and that it belongs to the Gemological Institute and Research Private Limited and specimen was brought to the National Gem and Jewellery Authority Gemmology Laboratory, Ratnapura, where the gemologists took five samples representing the whole rock specimen and carried out several gemmological tests.

Accordingly, the tests showed that all five samples were natural and this specimen is a rare specimen and not recorded in the gemmological literature.

The “Queen of Asia” is currently located in Horana and was displayed to the media for the first time today (12).