Yes there was a bond scam: Ranjan 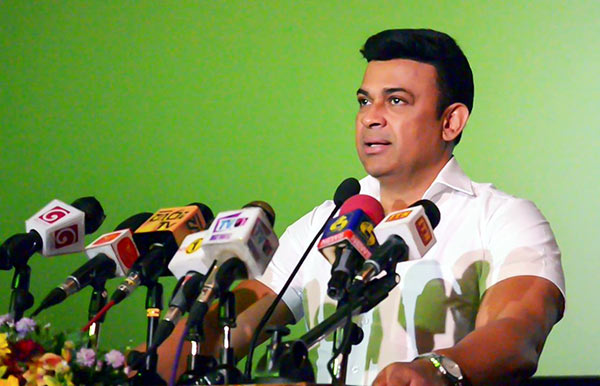 Deputy Minister Ranjan Ramanayake admitted to there having been a Central Bank bond scam, and said President Maithripala Sirisena’s decision to investigate such scams was an election promise and therefore should be supported by the people.

“I must tell the truth even if I am expelled from my electoral seat or from the party. I am not in the habit of telling lies. Telling lies creates mouth cancers. Even our people involved in frauds,” he said.

At a meeting in Tissamaharamaya recently the deputy minister said government politicians, who were in the opposition for 20 years, are now exploiting the country’s resources following the footsteps of their predecessors.

He recalled what Minister Mahinda Amaraweera said in the past about robing government funds by UNPers if they came to power.

The state minister said catching thieves was an election promise of this government.

3 Responses to Yes there was a bond scam: Ranjan

Home » Yes there was a bond scam: Ranjan