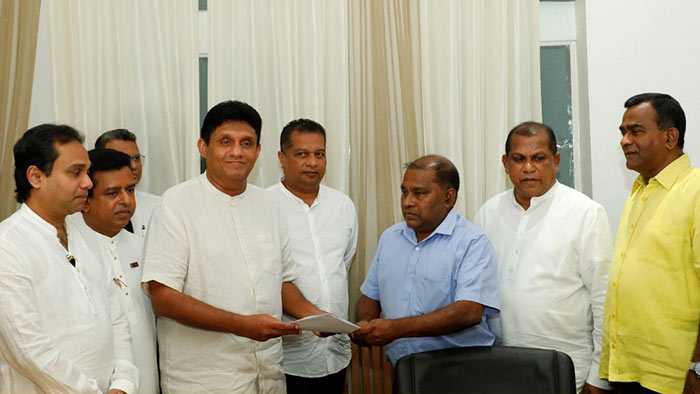 12 political parties, 20 trade unions and over 150 organisations in Sri Lanka will join the peaceful protest march today (November 02) against the repressive programme allegedly carried out by the Government of Sri Lanka.

Protest march is scheduled to commence from the Elphinstone Theater in Maradana, at 2:00 PM today (November 02).

The protest march which had been organised by the active Galle Face Aragalaya representatives including Joseph Stalin of the Ceylon Teachers’ Union, mustered support from all the top political parties and leading trade unions during the past few days.

The organisers were with the intention of forming a broad movement to demonstrate displeasure over the said state repression, against the freedom of speech and dissent.

However, Janatha Vimukthi Peramuna (JVP) said that their party will not join today’s protest.

State Minister Shehan Semasinghe said that it is not appropriate to hold such protests at a time when the struggling economy is showing signs of revival.

Venerable Dambara Amila Thero stated that the purpose of taking protest measures is not clear when the people are receiving relief measures.

However, the Citizens of People’s Struggle organisation, which was an active group in the ‘Aragalaya’ movement, has decided not to endorse the protest march.