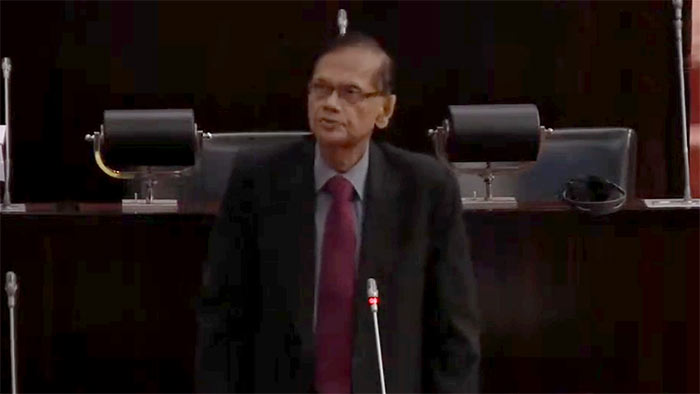 The Chairman of the Sri Lanka Podujana Peramuna (SLPP) Professor G.L. Peiris said that 13 SLPP parliamentarians have decided to sit in the opposition as an Independent Group.

Professor G. L. Peiris, the Chairman of the SLPP making a special statement in Parliament today (August 31) said they are of the view that establishing a strong political force is a timely requirement considering the pledges given to the public.

“Sri Lanka is facing a series of crises, including the economic, social, and political crises. This is nothing new to Sri Lanka. We have managed to face everything including the civil conflict, the Tsunami, and the COVID-19 pandemic,” he told the house.

He said during all those periods Sri Lanka had the strength of a strong parliament that represented the mandate of the people.

“Unfortunately, today we do not have that strength,” he told the house.

The MP said there is a clear disparity on what the people want and what is represented in the parliament.

He said the promises and pledges made to the people back in 2020 ahead of the Parliamentary Elections, are not being fulfilled.

“The SLPP supporters’ aspirations have been destroyed,” he said, adding that the government is doing the complete opposite of what it promised during the election campaign.

The SLPP Chairman said that the social contract between the people and their elected representatives is a core factor in Parliamentary Democracy, and it is paramount to exist in the parliament.

“If that social contract is eroding or is destroyed, the democratic way of life cannot be revived,” he warned.