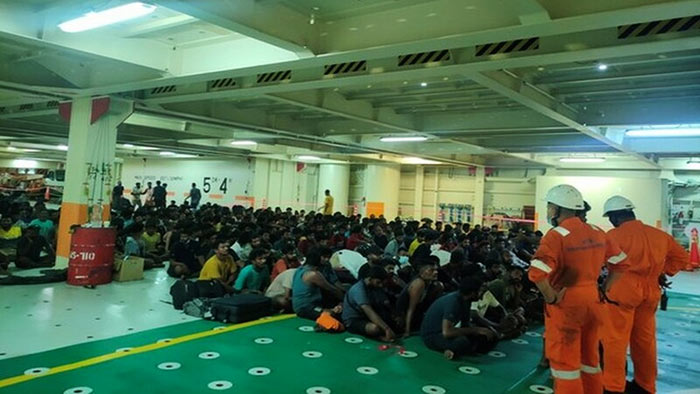 A group of 151 Sri Lankan refugees who were rescued after their boat suffered a mechanical issue and was drifting in the high seas and later detained in Vietnam were deported back to the country after they agreed to return to Sri Lanka.

The duty Manager of the Bandaranaike International Airport (BIA) said the group returned to Sri Lanka through a chartered flight from Ho Chi Minh City, Vietnam on Tuesday (December 27) night.

303 Sri Lankans were rescued when a boat capsized off the coast of Vietnam on November 08, 2022.

The Department of Immigration and Emigration said that individual statements are being recorded from the group and they would be handed over to the Criminal Investigations Department (CID) for further investigations.