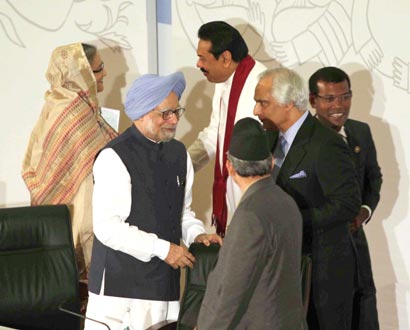 The 17th SAARC Heads of State Summit concluded on a high note this evening on 11 November in the Addu city in Maldives after four (4) agreements were signed to further strengthen and improve the cooperation of the SAARC region.

The newly appointed Chairman of SAARC, President of the Maldives Mohamed Nasheed welcomed the heads of state and presided over the final ceremony of the summit. The first task of the session was the signing of agreements by the SAARC Foreign Ministers in front of their leaders.  Minister of External Affairs Prof. G.L. Peiris signed the agreements on behalf of Sri Lanka. The agreements were pertaining to the establishment of a SAARC Seed Bank for food security, Multilateral Arrangement on Recognition of Conformity Assessment for good governance, Rapid & Collective Response to Natural Disaster and Implementation of Regional Standards for trade and customs.

The representatives who participated under ‘observer’ status presented their reports at the end of the summit. The representatives were from Australia, China, European Union, Korea, Myanmar, Iran, Japan, Mauritius and The United States. They praised the success of the summit, valued the common agreements reached and the mutual cooperation amongst the member states.

President Mahinda Rajapaksa also held bilateral discussions with the Presidents of Maldives, Afghanistan and the Prime Ministers of India, Nepal, Pakistan and Bhutan on the sidelines of the two day SAARC Summit. 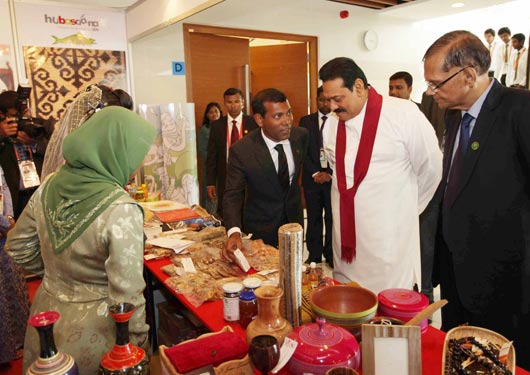