20A will make the Nation uncultured – Anura Kumara 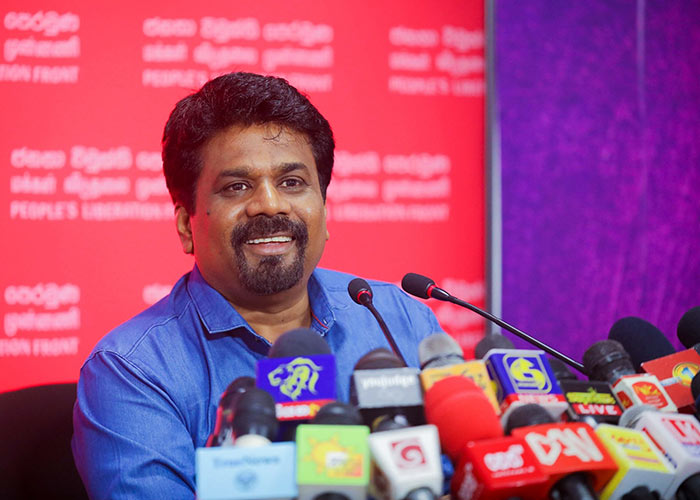 Leader of the Janatha Vimukthi Peramuna (JVP)-led Jathika Jana Balawegaya (JJB), Anura Kumara Dissanayake said, in a nutshell, the proposed 20th Amendment to the Constitution could be described as an attempt to drag the nation from an accepted and respectful civilisation to an uncultured society.

“The 20th Amendment to the Constitution is undemocratic, dangerous and its consequences would be of untold proportions if not checked by the Supreme Court by way of petitions being filed against its ratification,” Dissanayake added even though they vehemently oppose the 20th Amendment they have thus far not decided whether to petition the Supreme Court regarding the ratification of the Amendment.

“This is because the Justices in the Court of Appeal know for sure that the only way they could seek entrance to the SC is through the President and being in his good books. All Justices in the Supreme Court also can aspire to become the next Chief Justice only if they curry favour with the President. Due to these reasons, we have to seriously mull whether there would be any tangible reason for petitioning the apex Court in this regard,” he opined.

He told a Media briefing held at JVP Headquarters on 4 September that the 20th Amendment Bill will portend disaster and lead to numerous complications to the people.

He further said, “This is because the post of the Executive President has been turned into an all powerful and all encompassing one. The President is now able to dissolve Parliament after a lapse of 12 months since its inauguration.

2 Responses to 20A will make the Nation uncultured – Anura Kumara

Home » 20A will make the Nation uncultured – Anura Kumara