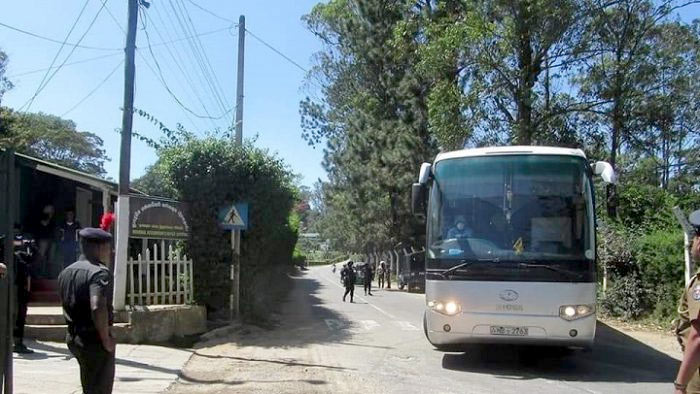 The 33 Sri Lankan students, who returned from Wuhan, China and quarantined at the Diyatalawa Army Camp were released this morning, Army spokesman Brigadier Chandana Wickramasinghe said.

They have departed the quarantine facility to meet Commander of Army Lieutenant General Shavendra Silva at the Army Headquarters in Akuregoda.

UPDATE: The 33 Sri Lankans quarantined at Diyatalawa arrived at Akuregoda Army Headquarters to leave for their homes this evening.