50% OF STREET LAMPS TO BE SWITCHED OFF 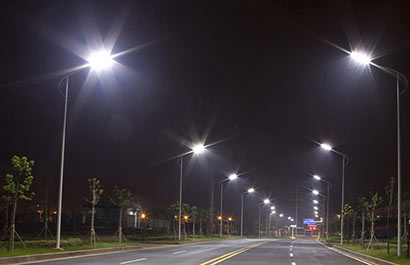 Measures will be taken to switch off 50 per cent of all street lamps across the country starting from August 01, the Ministry of Power and Energy said today.

Over 800,000 street lamps have been placed across the island while less than half of them have been authorized by the Ceylon Electricity Board (CEB) or the Lanka Electricity Company (LECO), says the Minister.

The cost for keeping one street lamp lit in the night has drastically increased to over Rs. 150 as of recently due to the limited hydro-power generation, the Power and Energy Ministry said.

At the end of the year the amount that should be charged for the electricity used to power street lamps is between Rs. 1,200 -1,400 million, it said.

Taking these facts into consideration Minister Ranawaka requested the representatives of LG bodies to switch off every other street lamp in their respective areas starting from tomorrow (August 01), thereby switching off 50 percent of the street lamps in the island.

2 Responses to 50% OF STREET LAMPS TO BE SWITCHED OFF

Home » 50% OF STREET LAMPS TO BE SWITCHED OFF