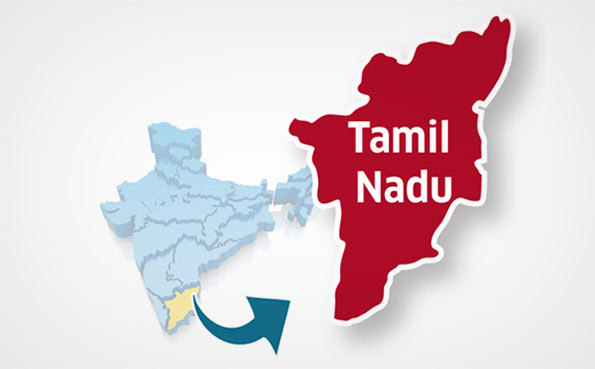 Chennai: The future of 55 Sri Lankan Tamil children aged between 11 and 18 hangs in balance as the Kancheepuram district administration has launched probe into complaints that they were falsely labelled as refugees and war survivors to get admission in government and private schools at Acharapakkam in the district. There are 21 girls in this distressed group.

Kancheepuram sub-collector V Anbu Selvan told DC that he, along with a child welfare committee (CWC) member named Zaheeruddin Mohamed inspected a house at Acharapakkam, about 35 km southwest of Chennai, on Saturday to check on the latter’s allegation that several kids were being kept there without proper documents and sans approval from the CWC. “The facility is being run by an NGO called Bright Society, which earlier administered a free residential school near Bengaluru for Sri Lankan refugee children. They have shown us some papers, which we are scrutinising. But the question is how did this society get these children? Did they follow norms?” he wondered.

The official, however, assured that no action would be taken to disrupt the education of the hapless kids admitted by the NGO into one private and one government school.

It appears that the private school had told the NGO to take away the wards as they did not get the transfer certificates on being shifted from the schools in Bengaluru.
“There was a small delay in getting the TCs for our children but now we have all the papers with us and there should be no problem in the school taking the children back. We are sure the district administration too will appreciate our situation,” said Bright Society secretary G. Gnanadeepan.

According to him, the NGO was running the Indira Gandhi International Academy School near Bengaluru since 1990 to provide quality education, free of fees, for 223 Sri Lankan Tamil refugees. However, paucity of funds forced the Trust to wind up operations and send back all but 55 of the kids to their families living in the various refugee camps in TN.

“These remaining 55 children have are either orphans or from single-parent homes, so we have decided to keep them in this temporary shelter at Acharapakkam. As we are keen on ensuring they did not lose out on their education, we admitted them to two schools there,” Gnanadeepan said.

Interestingly, Bright Society and Indira Gandhi International Academy School were founded by Gnanadeepan’s father, Gnanapiragasam Gnanasegeram alias Paranthan Rajan, founder-member, Eelam National Democratic Liberation Front (ENDLF), which had supported the Indo-Lanka Accord of July 1987 and was a constituent — with two ministers — in the northeast provincial government headed by EPRLF’s Varadarajaperumal. With the LTTE branding him a ‘traitor’ and putting him on the hit-list, Rajan chose to spend most of his time with his Bangalore school.

He had earlier tried to start the school in Tamil Nadu but the state government would not permit it. On the other hand, the Karnataka government helped with some funds but after the Rajiv Gandhi assassination, that dried up and the NGO found it tough to find food and facilities for its children.