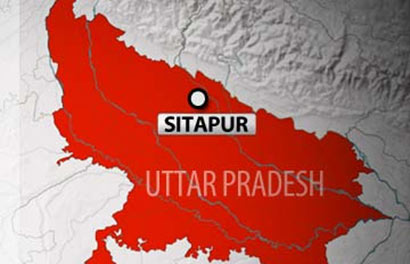 New Delhi:  Seven people, including a Wong Commander and a Squadron Leader, have died in an Indian Air Force helicopter crash near Lucknow in Uttar Pradesh.

The helicopter, which was flying from Bareilly to Allahabad, allegedly sent a distress call shortly before 5 pm when it was about 40 km north of Lucknow. After that, it lost contact with Air Traffic Controllers in Lucknow.

Sub Divisional Magistrate, Sidhauli, A K Srivastava said that the chopper was engulfed in fire as it crashed in Manipurwa in Ataria area.

“A helicopter of the air force has crashed here. It is engulfed in fire and it is feared that all on board might have died,” said Mr Srivastava.