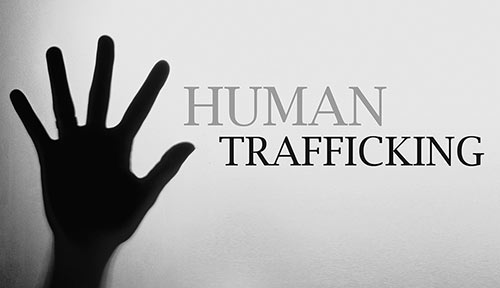 At least 79 migrant workers were rescued by Nepali authorities over the past few weeks, according to Ministry of Foreign Affairs (MoFA).

The police had started investigation in the first week of June after receiving a tip off about 22 women stuck in Colombo, Sri Lanka. Human traffickers have been using the Andaman and Nicobar Islands in the Bay of Bengal as a new route for trafficking Nepali women abroad.

Women were rescued with assistance from Sri Lankan police, he said, adding that Sri Lankan police has beefed up vigilance after receiving request from the Nepali side to cooperate in controlling illegal human trafficking through Colombo route.

Trafficked Nepali women workers are mostly taken to Malaysia and other countries where they work as dancers, barmaids or housemaids, according to him.
According to Paudyal, the government is still investigating whether more women migrant workers are hiding illegally in Sri Lanka or not. “The government has requested the Sri Lankan government to cooperate in the investigation,” he said. The Embassy of Nepal in Colombo has been working to control all illegal movement of migrant workers via that route, he added.

Meanwhile, 44 Nepali nationals who were detained by Bangladeshi authorities in Dhaka have arrived Nepal on Monday. Bangladesh police on August 5 had detained them from Dhaka. The Embassy of Nepal in Dhaka had initiated the process of sending them back to their home country after they were found staying there illegally, Paudyal told Republica. Some 16 more people were returned to Nepal few weeks back, according to police source.

It has been found that Nepalis were lured by a Bangladeshi national with promises of well-paid jobs in Dhaka, Paudyal said. The Bangladeshi has already been arrested by Bangladeshi police and is being investigated, he informed.

After finding dozens of Nepalis residing illegally in Bangladesh, the police have started investigation to nab the traffickers involved, SSP Khanal said. ”Nexus between Nepali and Bangladeshi traffickers has been suspected in trafficking of Nepali migrant workers,” he said.

The Ministry of Foreign Affairs (MoFA) has instructed the Embassy of Nepal in Riyadh and the Consulate General of Nepal in Jeddah to extend assistance to the Nepali nationals affected by the recently layoffs, according to the ministry.

A local company Saudi Oger had failed to pay wages to Nepali workers since the last couple of months, according to Bharat Raj Paudyal, spokesperson at MoFA. A total of 66 Nepali migrant workers have approached the Embassy of Nepal in Riyadh and the Consulate General, Jeddah seeking assistance, he said.

Saudi government has assured cooperation to transfer Nepali migrant workers to other companies, he said. The government has asked all Nepali nationals in Saudi Arabia to contact either the embassy or the Consulate General for assistance.