Afghanistan 232 all out vs. Sri Lanka in World Cup Pool A 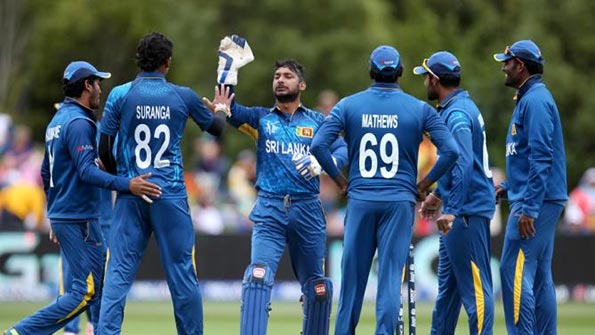 Asghar Stanikzai made 54 in a record 88-run partnership for the third wicket which lifted Afghanistan to 232 after being sent in to bat by Sri Lanka in their Cricket World Cup Pool A match on Sunday.

The partnership between Stanikzai and Samiullah Shenwari (38) was Afghanistan’s largest for any wicket against a top-eight nation and helped it from 40-2 to 128-3 in the 28th over.

Afghanistan was in a strong position at that point but was not able to capitalize on the platform set by Stanikzai, who now has five half centuries in official ODIs.

Sri Lanka’s bowlers came back strongly to bowl out Afghanistan in the final over. Lasith Malinga and Angelo Mathews took three wickets each while Suranga Lakmal had an impressive 2-36 off 10 overs.

Home » Afghanistan 232 all out vs. Sri Lanka in World Cup Pool A