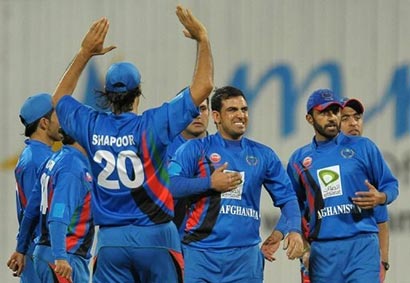 Afghanistan’s top cricket official on Friday demanded more technical support from the cricket world to build on his team’s success.

The war-torn country will play their second one-day international against a full member country when they take on former world champions Australia on Saturday.

In February, Afghanistan’s first-ever one-dayer against Pakistan triggered a nation-wide frenzy with even the Taliban — who during their rule until 2001 banned all sports — sending a message of support.

“Cricket gives hope to millions of people in our country and we want to improve in this game.”

Historians believe cricket was introduced to Afghanistan in the 19th century by British troops during the Anglo-Afghan wars, but it developed tremendously in the 1990s when Afghan refugees returned from Pakistan.

The Afghan national team was formed in 2001 after the ICC awarded the country their affiliate membership, opening the doors for more development of the game which by leaps and bounds overtook football in popularity.

That came about after Afghanistan rapidly rose from the ICC Division Five in 2008 to fifth finish in the 2011 World Cup qualifiers, earning the right to play one-day internationals.

They also won the Inter-Continental Cup in 2010 and were silver medallists in the Asian Games in China, beating Pakistan in the semi-final.

Their qualification for the World Twenty20 in 2010 gave them the first chance to lock horns with top teams India and South Africa.

Afghanistan repeated that success by earning the right to play in the fourth edition of the World Twenty20 to be held in Sri Lanka next month.

“Our team is doing well at international level. You can see that we are doing better than some of the full members and we have the capacity to do even better,” said Shinwari.

“It’s a hurdle for an affiliate member not to be playing against full members and we thank Australia for this opportunity,” said Shinwari, who believes support from Hamid Karzai’s government is also helping in the development of the game.

“Our people are more passionate about the game. The government is spending more money to help develop the game and we now have two grounds, one in Kabul and the other in Jalalabad,” said Shinwari.

“We want to build three more stadiums in the next two years. We are also building academies and if this all becomes a reality then hopefully we want to stage our own league in 2014,” said Shinwari.

“We will invite foreign players to come and play in Afghanistan because cricket is a peace-building game and there are no security problems,” said Shinwari.

Cricket’s oldest club, the MCC, has announced its intention to send a team to Afghanistan in the near future. 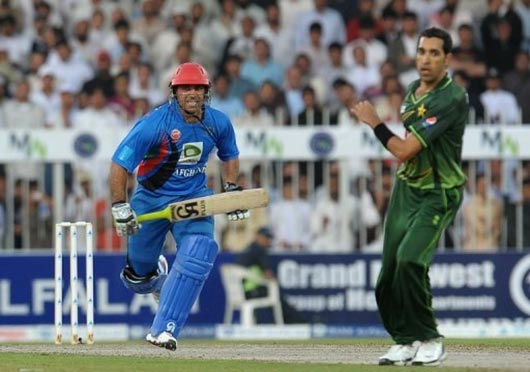